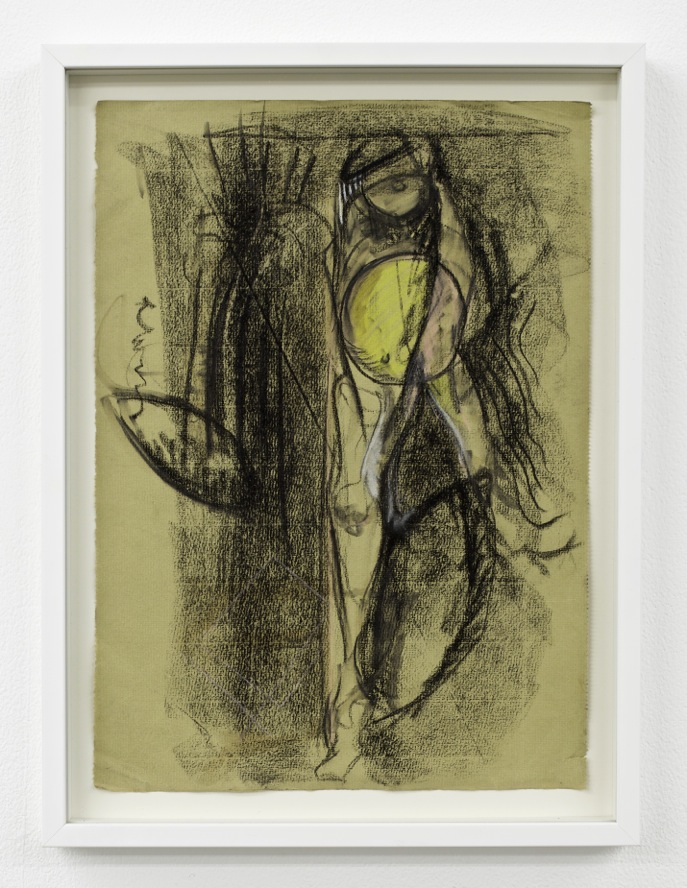 “School of the seven Bells (SOTSB)” is based on a series of hands games in which an object is passed from hand to hand. The performance is a reference to the film by Robert Bresson, “Pickpocket”, where a group of pickpocketers play with their victims. The artwork, through the actions of the hands, is an interrogation into space and time, questioning the relationship between public and private space, the establishment of communication through the body and visual exchange and gestures between aggression and sensuality. The drawings are an integral aspect to Imhof’s work, being made before and after the performances. In the drawings, the figurative forms fuse with the abstract elements, turning the work into a stream of unstable movements. The drawing is a means to interrogate the possibility of retaining that which is in the domain of the ephemeral, or to connect to the performative gestures (the drawings often being found in the place of performance). Some drawings are simple sketches, on the edge of abstraction, while in others Imhof uses felt and oil paint, creating a more sombre and telluric tone. The incompleteness opens the possibility for movement to come.

Anne Imhof (b. 1978, Germany) expands the canonical conception of performance to consider documentation and transmission. Imhof’s approach to the visibility of performance negotiates different designs for time and space through installation and video. Her performances can thus be considered as "re-enactments", as they are replayed in different contexts with variations to the installation. As part of her practice, Imhof often includes her friends and peers in a series of ongoing rehersals to expand and experiment with extra-linguistic forms of communication. In examining and studying movements and gestures, often performed over several hours in silence, Imhof produces a sophisticated vocabulary of contemporary performance art.
Details
30,5 x 22 cm
Marker, oil pastel on paper
Related