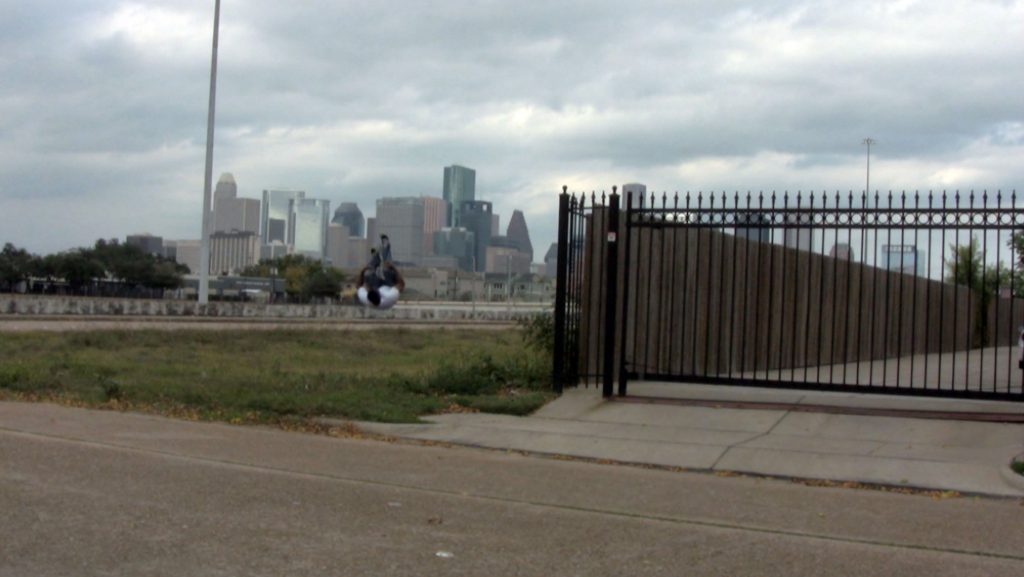 In Escaped Lunatic, a steady stream of figures run across the screen, sprinting, jumping, and rolling through the streets of Houston. The work is part of a trilogy that borrows its narrative structure from early-20th-century cinema. The artist employs the chase genre, which has often depicted African Americans in scenes of flight from various forms of authority. Jemison, who shot the video with a Houston-based parkour team while she was living in that city, links this narrative structure to a contemporary scene, boldly connecting the unjust conditions of urban life and representation of the black community across time. As the figures move quickly across the screen, they not only appear as doppelgangers of each other, but together become symbols of fugitivity—figures of escape that historically mark black life.

Steffani Jemison is an interdisciplinary artist whose work considers issues that arise when conceptual practices are inflected by black history and vernacular culture. She uses rigorous formal methods to explore her interests in the politics of serial form, the limits of narrative description, and the tension between improvisation, repetition, and fugitivity.
Biography
Steffani Jemison
Born 1981, USA
Related
Frozen World of the Familiar Stranger, San Francisco
Steffani Jemison