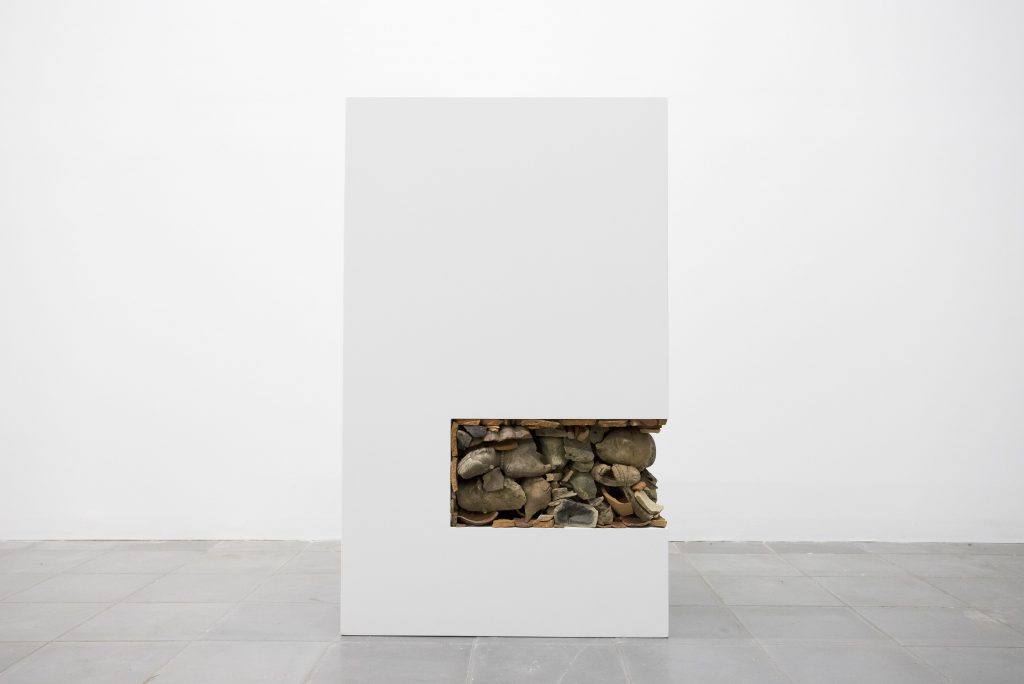 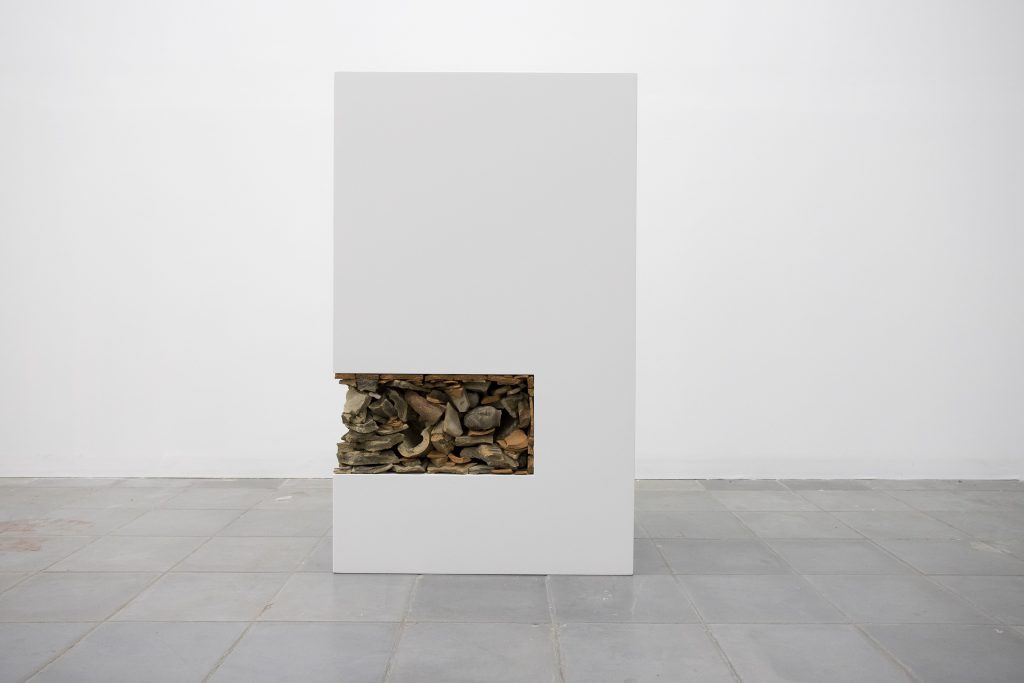 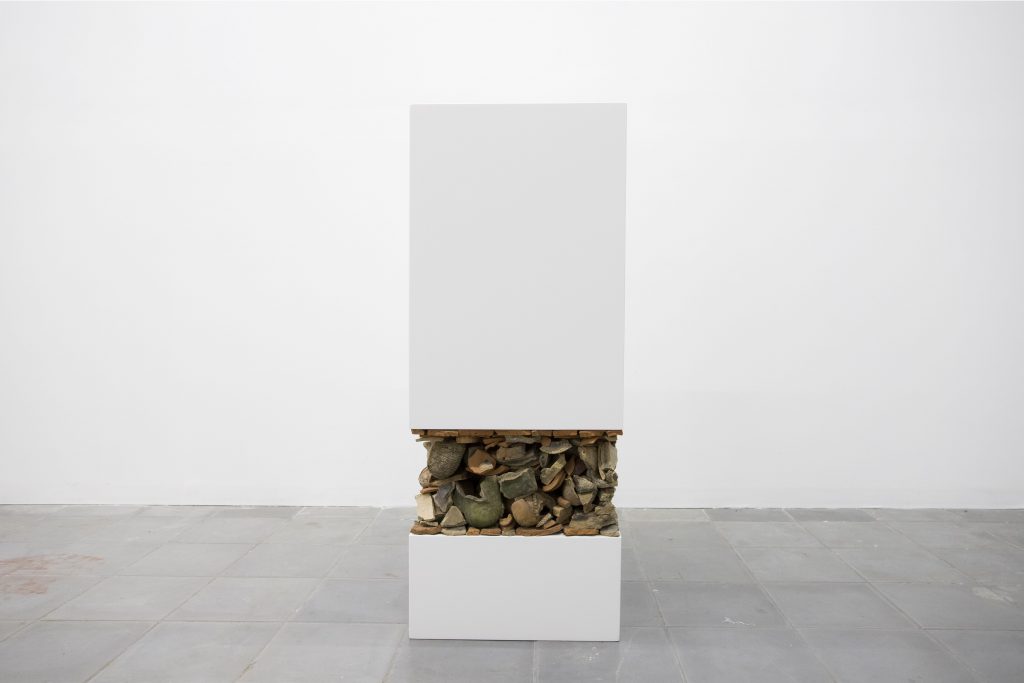 In Estratos II, a transversal cut on a white rectangular pedestal reveals an archeological world, pieces of history, that have been lost and that have lived covered by a sleek exterior. In this process, Cynthia Gutiérrez worked closely with an artist that creates Mesoamerican replicas.

In this series, Gutiérrez refers to her concern for a world that is about to become extinct. Gutiérrez alludes to the transient nature of humankind and its histories, its symbols, and idols. While giving support and stability to—typically—an artwork or an object, the pedestal or foundation also carries history. The work becomes a metaphor for all histories that are continuously replicated, transferred and nourished from generation to generation and for the remains buried under the surface of the present.

Cynthia Gutiérrez is one of the leading figures of contemporary art in Mexico. Throughout her research-based projects, she navigates around the relationship between past and present, memory and oblivion. Her work examines how time impacts both the symbolic and the material world, and how concepts like nationalism, victory, and triumph are the result of a particular moment in history that could vanish with time. Gutiérrez has utilized a number of mediums including sculpture, video, painting, drawings, and tapestries to investigate the ways identity is embedded in objects.
Biography
Cynthia Gutiérrez
Born 1978, Mexico
Lives in Guadalajara
Details
100 x 760 x 40 cm
Ceramic, wood, and lacquer
Related