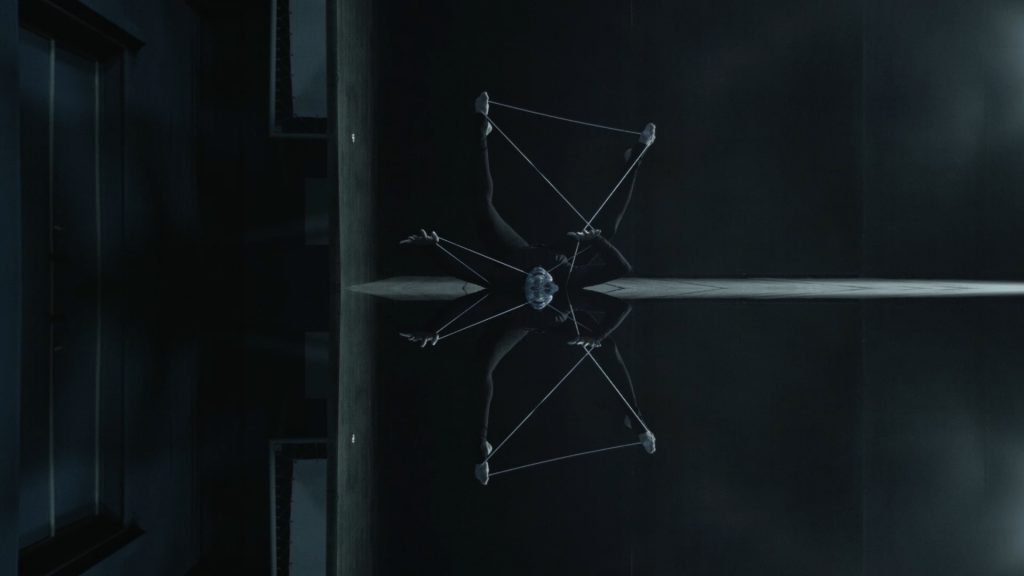 In Greek mythology, Arachne was a talented mortal weaver who challenged Athena, goddess of wisdom and crafts, to a weaving contest; this hubris resulted in her being transformed into a spider. EE-0 is the first episode of the Europa Enterprise project which looks into new, feminist readings of established Eurocentric myths and reconsiders the meaning of cultural heritage and the production of artifacts for the future. In EE-0, the Greek myth of Arachne is re-contextualized through a poetic script, taking an imaginative leap from antiquity into science fiction. Skewed and subverted storylines from classic mythology are combined with anecdotal episodes found through field research in and around Prizren, Kosovo. Ideas of repressed ancient female knowledge and power are probed through storying of local urban myths, customs, and current sociological, ecological and cultural phenomena, in what the artist calls “an homage to millennia-old resistance to patriarchy… [giving a]voice to transform the European roots of toxic social representations and punishments exercised on women.”

The performer carries the video; she is seen enacting text in a theatrical setting during which we witness her gradual transformation into the spider-character of Arachne. Reacting to the specific site of production in Kosovo, Europe’s youngest nation-state, the idea of becoming is explored through the idea of genesis, transformation, and metamorphosis.

Europa Enterprise-0 was commissioned by KADIST and Lumbardhi Foundation (Kosovo) as part of the three-year project “Not Fully Human, Not Human at All” curated by Nataša Petrešin-Bachelez.

Lala Rašcic lives and works between Zagreb, Sarajevo and New Orleans. Her projects take the shape of videos, artifacts, installations, drawings and performances and her interests are rooted in the different modes of performing text. This interest is extended from a fascination for ancient and contemporary storytelling practices, oral histories, and the art of the monodrama. Her work draws upon the aesthetics of old radio plays where the performative act is the basis of assuming different identities, the artist often acting out multiple roles while playing with different temporalities and realities. She is also the president of the board of the collective Crvena from Sarajevo, comprising artists, producers and theoreticians who work on art, culture, feminism, education, ecology, gender equality, human rights and civil society in Bosnia and in the former republics of Yugoslavia.
Biography
Lala Rašcic
Born 1977, Bosnia
Lives in Sarajevo, Zaghreb
Details
Single or double projection (both versions are proposed here as a package), color, sound
Related
Hamburg, Germany: Not Fully Human, Not Human at All, International
Prizren, Kosovo: Lala Rašcic, EE-O, International