Haig Aivazian
At every sunset, I think of you. Not because of some sense of beauty, but simply because I become acutely aware of how much time has passed since I last saw you, #3 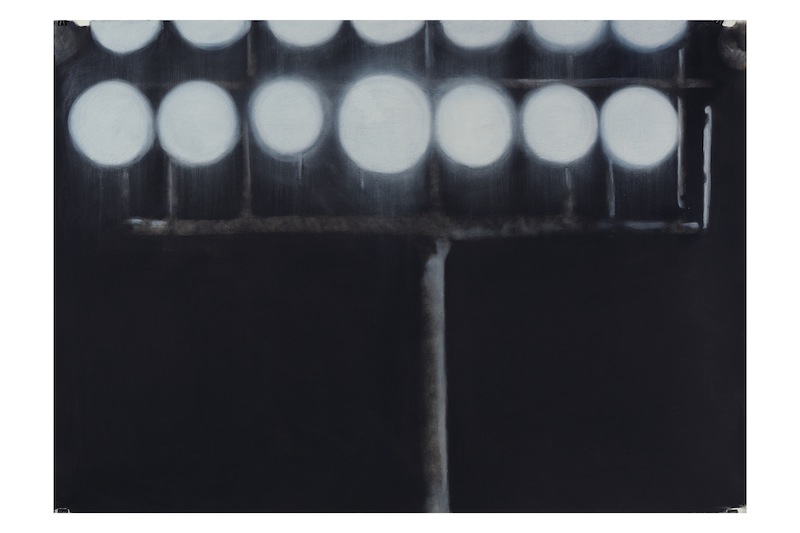 Haig Aivazian, At every sunset, I think of you. Not because of some sense of beauty, but simply because I become acutely aware of how much time has passed since I last saw you, #3, 2013. Drawing.

This work is part of an ongoing project that looks at international sports competitions as a revealing element of nationalistic aspirations which present contradictions.

The starting point of this work was inspired by private companies which were responsible for the security of the Olympic Games in England and also supply equipment for immigrant detention camps and prisons.

This work questions the use of the stadiums other than for sports competitions. Reference is clearly made to the Vélodrome d’Hiver or the detention camps during the Vichy regime under Pinochet or the Talibans but also their requisition during natural disasters like after hurricane Katrina in New Orleans. The lighting creates a frame that obstructs the stadium with a luminous mass in suspension, creating a strange apparition in the darkness and a mixed feeling, between violence and fascination. The title comes from a short poem written by the artist that alludes to separation and distance. These blinding lights replace the moon light. The charcoal is used to create a contrast with this idea of light. This is what remains when the light has been fully consumed and all that is left are ashes. This work is the sequel of a video that dealt with the three adolescents that were electrocuted in Clichy-sous-Bois in 2005 and the protests that followed with the burning of cars.

Haig Aivazian was born in 1980 in Beirut.
As an artist and curator he creates installations, drawings, sculpture and performances that connect a political reflection to biographical references.