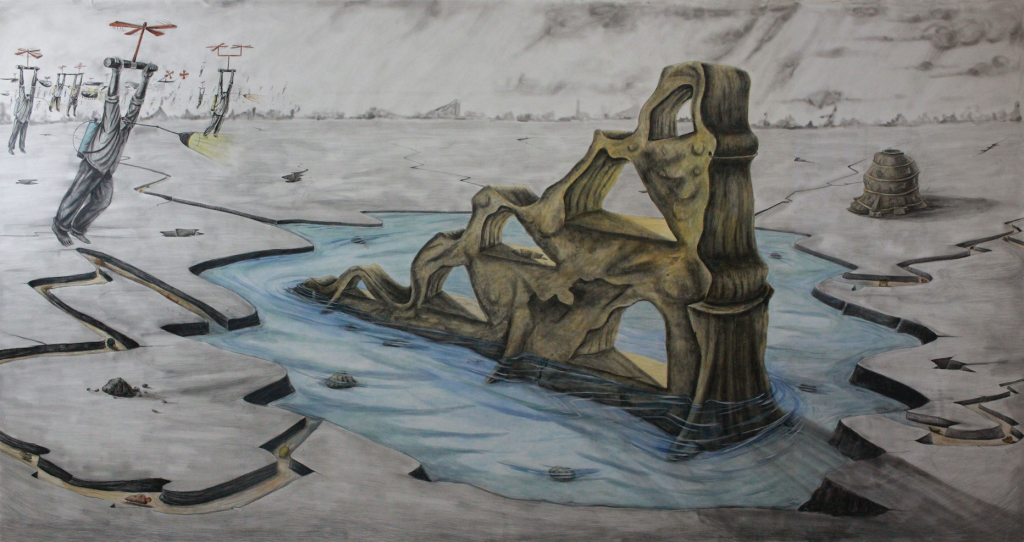 Prabhakar Pachpute was born in 1986 and raised in Chandrapur (Maharashtra), India, a place known as ‘The City of Black Gold’, where his family has worked for three generations in one of the oldest mines in the country. Currently, he lives and works in Mumbai. He has done his Bachelors in Fine Arts from I.K.S.University, Khairagarh (Chhattisgarh) in 2009 and Masters from M. S. University Baroda (Gujrat) in 2011.