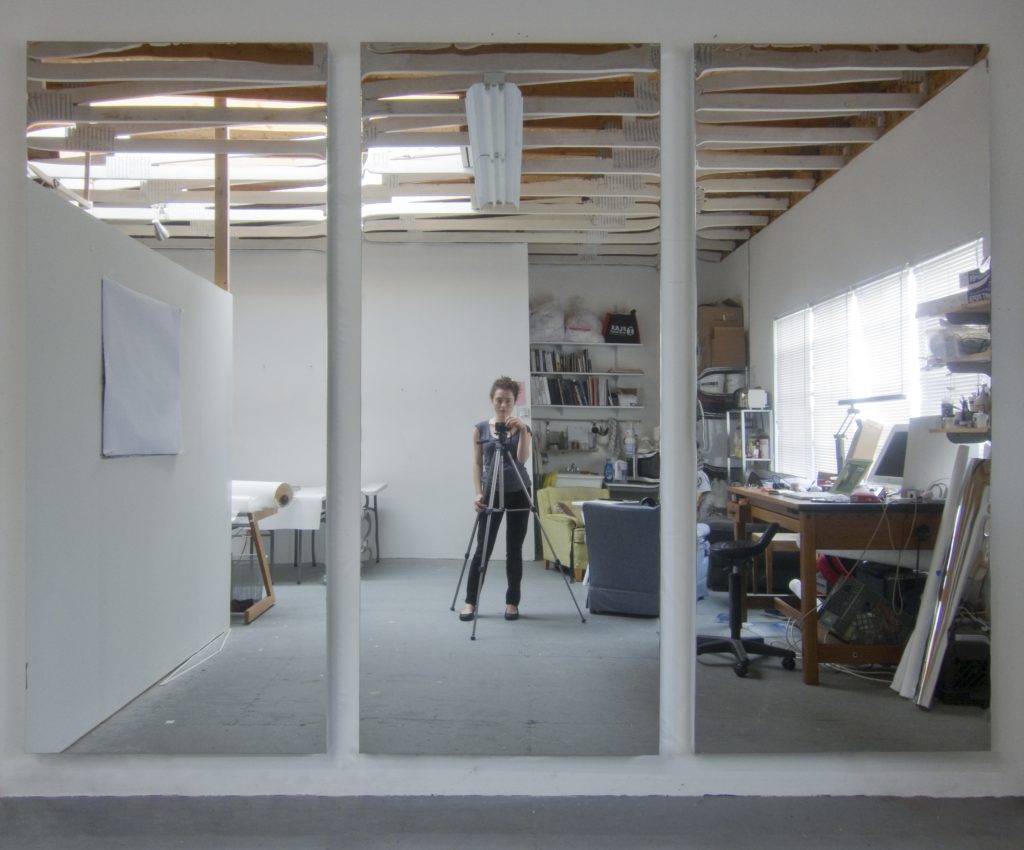 The first iteration of Flutter was specifically conceived for the Pro Arts Gallery space in Oakland in 2010, and the version acquired by the Kadist Collection is an adaptation of it. The work consists of a mirrored structure with a hidden motor that vibrates every so often. In this play of mirrors, the viewer first encounters his reflection, but in time the vibration distorts the image, making self-recognition impossible and suggesting the fragility of identity. Flutter’s reflective surfaces also evoke the architecture of office buildings that shake just so in an earthquake.