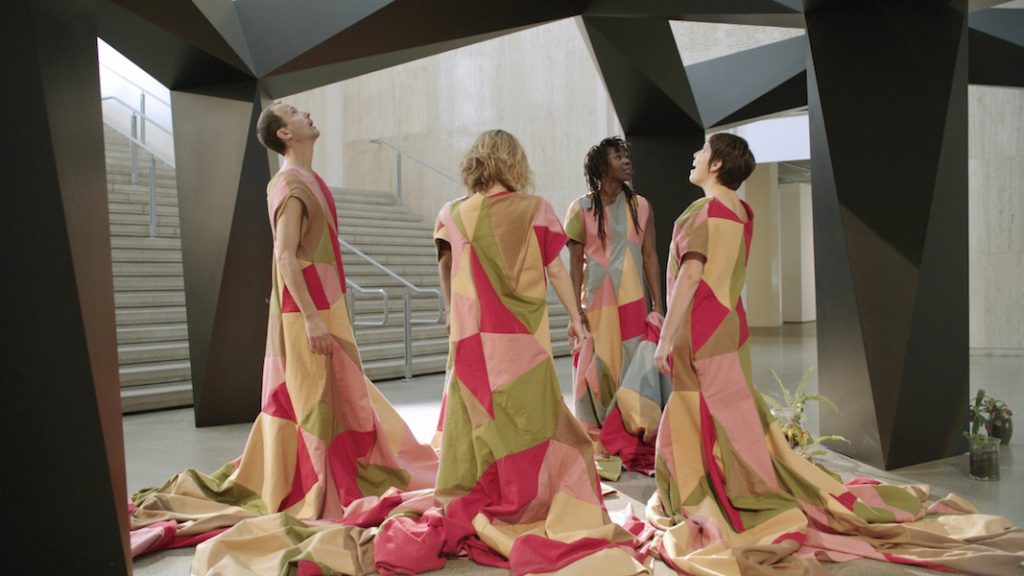 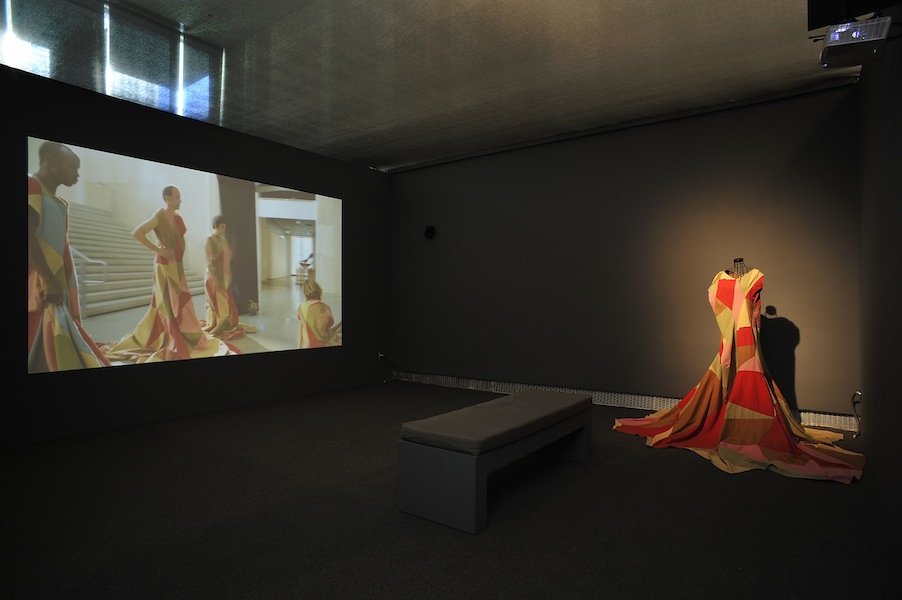 Future Gestalt re-imagines a large-scale sculpture “Smoke” by Tony Smith as embodying a futuristic intelligence that communicates with a group of communitarians undergoing experimental psychotherapy. Future Gestalt is not a video of a performance, rather, it is a documentation of the last of four unscripted sessions of guided participation led by the artist. Through the title and form, the sessions suggest Gestalt therapy, promoted as a form of personal transformation in California at the Esalen Institute.

The sculpture “Smoke” was conceived in 1967, but fabricated after the artist’s death in 2005 and is permanently installed at LACMA in Los Angeles. It “reflects the artist’s [Smith’s] lifelong exploration of patterns in organic life,” but its sleek painted black aluminum exterior also suggests a science-fiction spacecraft or supercomputer. Condon recognizes these implications and casts it as a character, a processed and distorted version of his own voice.