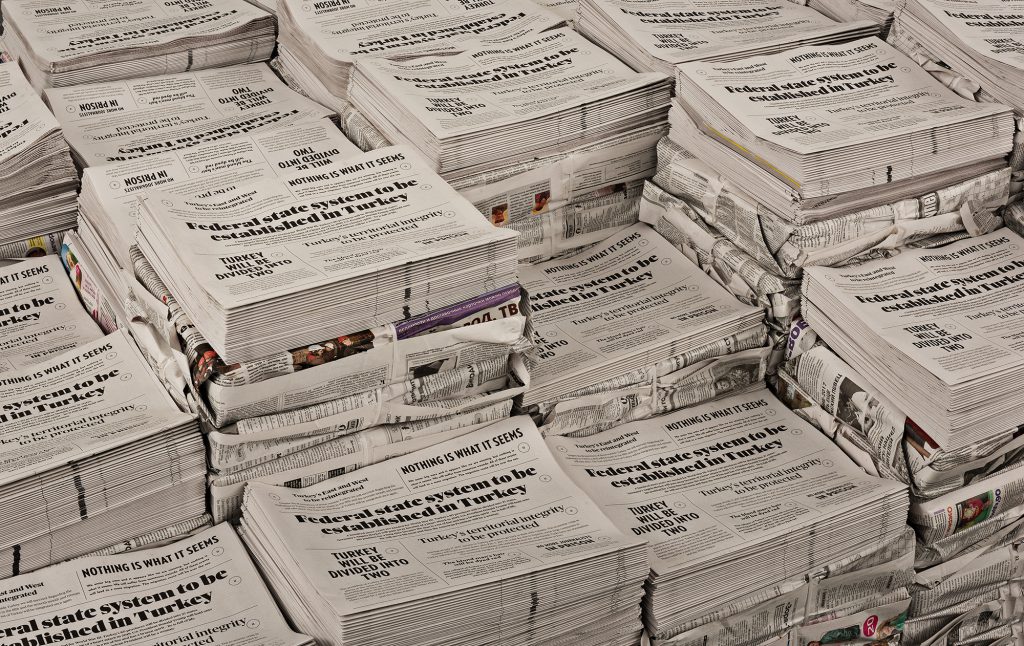 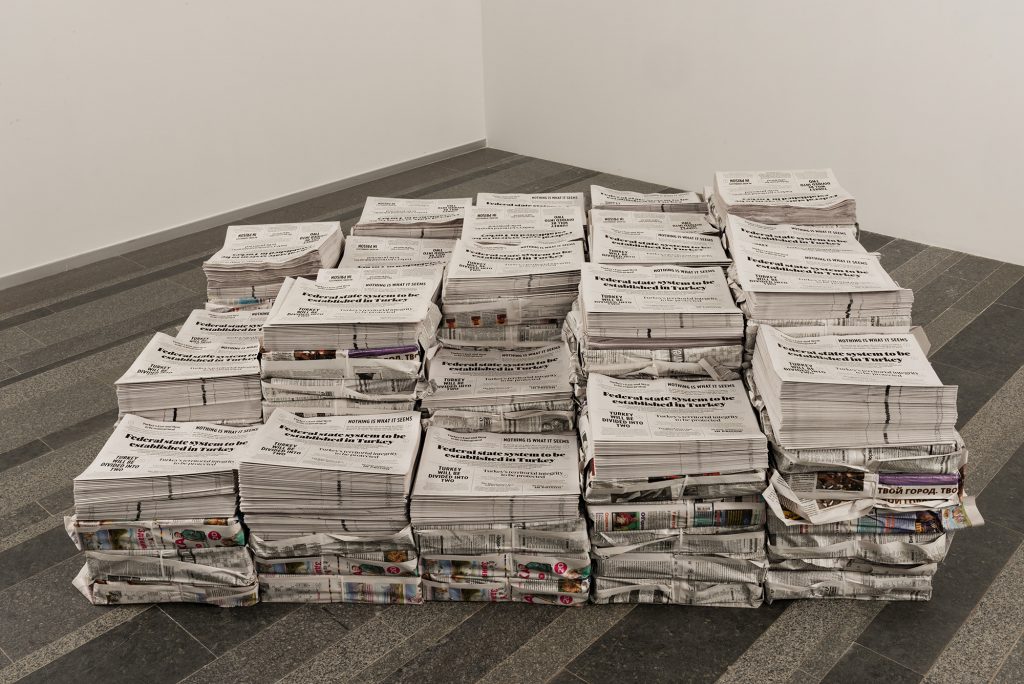 Future Tense (2017), a 16-page diary, is a project in the form of a newspaper that brings together 50 oracles by people from various political opinions and ethnicities who consulted sand, lead, tarot cards, coffee grounds, blank sheets of A4 paper, dreams, water, clairvoyance, astrology, pendulums and horoscopes in order to reveal the point that Turkey has reached in news casting.  The 2016 coup d’etat led to the closure of many news sources and the incarceration of writers and journalists. Following the growing censorship and shift away from the rule of law, the number of fortunetellers and astrologers is steadily increasing. Now invited to newscasts as figures of authority, they have become the least likely to be affected by oppression and censorship. The fortune tellers have become more politically engaged, warning of bombs while looking at the stars, providing dates for a possible rebellion based on Mars’ position. As populism, a lack of empathy and discrimination reached new extremes both in the world and in Turkey. Future Tense challenges our information habits by mixing propaganda, news and clairvoyance.

Asli Çavusoglu’s projects examine how cultural and historical facts are transformed, represented, and interpreted by individuals. Working across various media, Cavusoglu often assumes the role of interpreter, writer, or facilitator in her projects in order to highlight the precarious and subjective nature of our shared stories, questioning those who frame these experiences for the wider public.
Biography
Asli Çavusoglu
Born 1982, Turkey
Lives in Istanbul
Details
33.00 x 53.00 cm
Black and White print, 16 pages.
Related
Asli Çavusoglu, Pink as a Cabbage/Green as an Onion/Blue as an Orange, Paris
Asli Çavusoglu, Paris