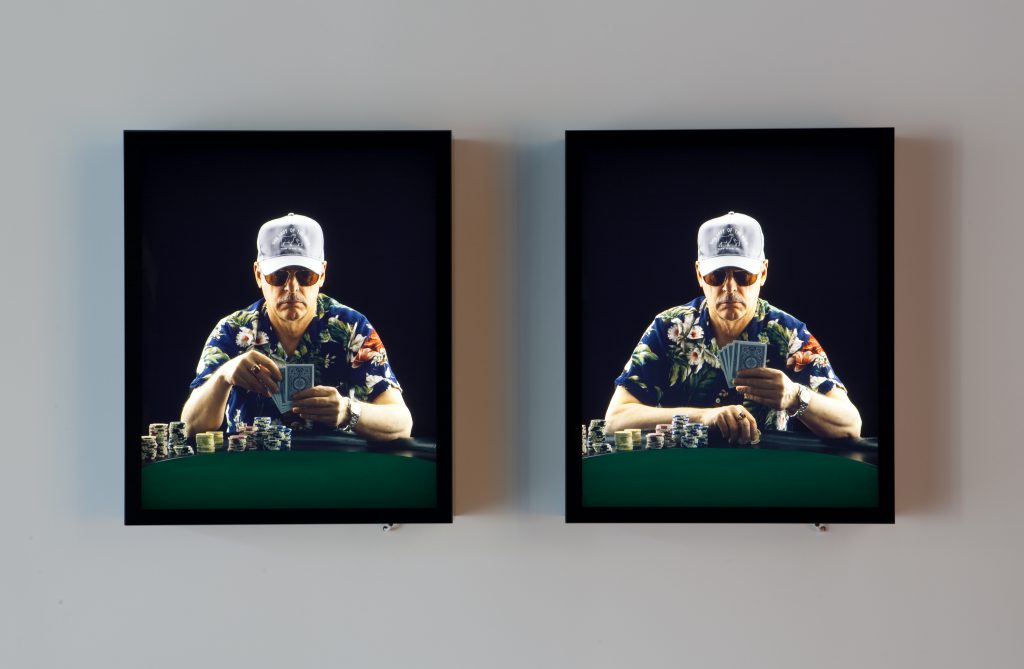 Good Hand Bad Hand was created especially for the 2010 show Rodney Graham: Painter, Poet, Lighthouse Keeper at the Lisson Gallery in London. In this pair of light boxes, Graham appears as one of his many alter egos—a gambler sitting at a poker table, cards in hand. The two images are almost identical except for slight differences in gesture: in the left panel Graham is arranging his hand of cards while in the right his hand is placed on the table. This change in gesture redirects the image’s focal point to the cards; in gambling such a subtle and involuntary shift in body language is known as a “tell,” and could give the game away.