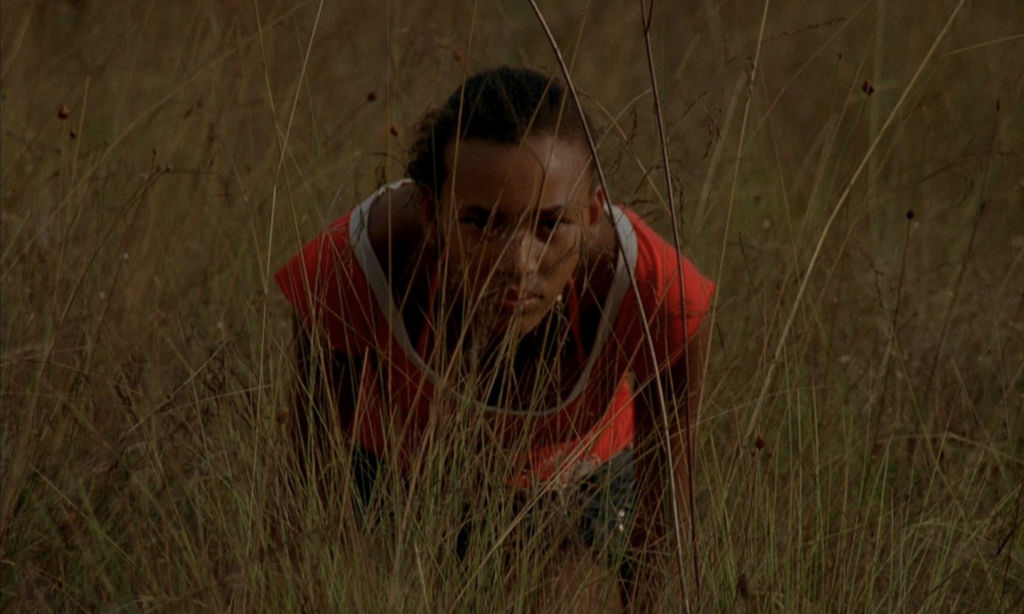 Há Terra! (There Is Land!) is a short film that picks up on the previous film Idade de Pedra (2013), in which artist Ana Vaz imagined pre-modernity in her native Brasilia. Vaz returns to the young protagonist of Idade de Pedra, Ivonete dos Santos Moraes, who has joined Brazil’s 40-year landless movement that struggles to wrest land from powerful agriculturalists. Ivonete also hails from the region of quilombos, what was once settlements of runaway slaves that resisted the colonizers. Darting camera movements appear to chase Ivonete through the high grass. The present-tense voice-over seems to fuse with the past in the myopia of the long focus lens. The recurrent sound loop of a man shouting “há terra!” (literally: “there is land”) conjures up the distant memory of colonialism. But the beauty of this collage rests on the impossibility for the spectator to let this past “pass”; the current testimony involves a mayor who has taken over the lands of the indigenous people by threat.

As the artist describes her 16mm cine-poem: “Há Terra! is an encounter, a hunt, a diachronic tale of looking and becoming. As in a game, as in a chase, the film errs between character and land, land and character, predator and prey.”

Ana Vaz examines history and territory in her native Brazil through a myriad practice of filmmaking, installation, and performance. Using ethnographic and speculative models, her work evinces the interdependent relationships between colonialism, modernism and the Anthropocene. Through a profusion of intricate and potent portraits of land, animals, and people, Vaz’s approach is germane to denouncing the human devoration or swallowing up of the natural environment and native communities.
Biography
Ana Vaz
Born 1986, Brazil
Lives in Brasília
Details
12:47 minutes
16mm transferred to HD
Related
Bogotá & Cali, Colombia: Still Waiting, International