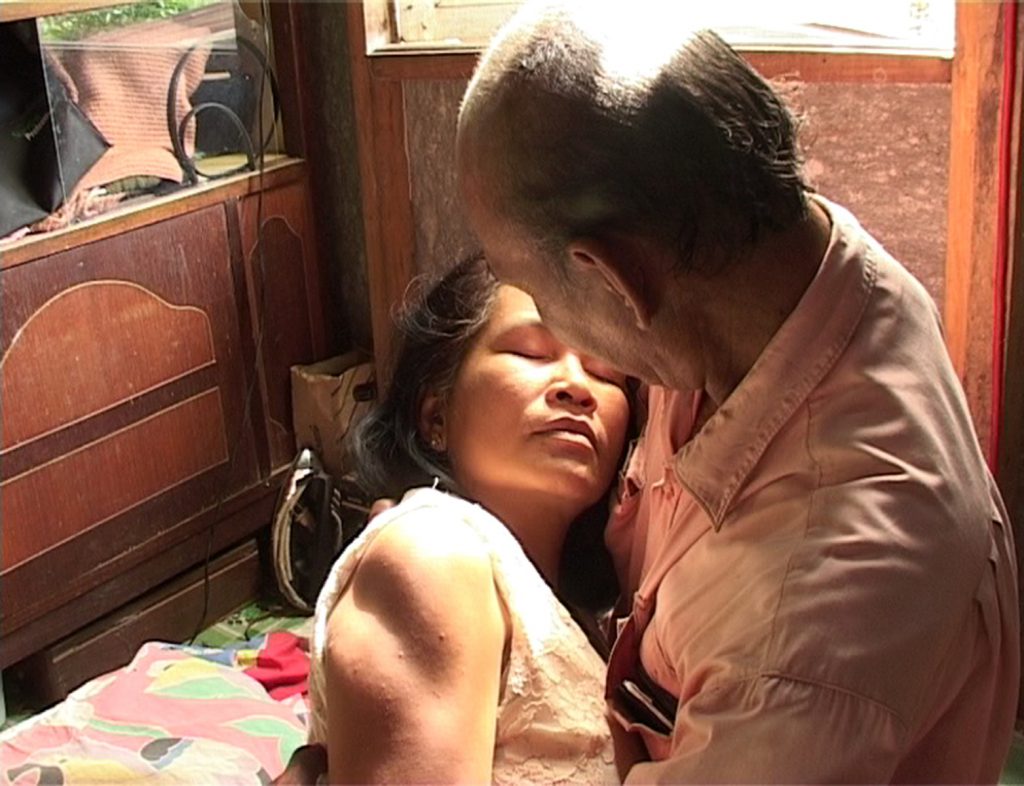 Haunted Houses is a video in which villagers near Weerasethakul’s hometown of Khon Kaen were re-enact scenes from the popular Thai soap opera Tong Prakaisad. By encouraging villagers to play dramatic characters whose fates they had followed intimately, the video comments on the manner in which real experience and fantasy mediate and feed back to each other. Weerasethakul calls this phenomenon ‘medium addiction,’ a term describing a continual Thai fascination with spirits that dwell in a world parallel to everyday life. Critically aware of the mediums of film and video, Weerasetahkul’s works capture the manner through which traditional ways of mediating and perceiving the world is transcoded into new forms through new media. With filmed subjects entering television fantasies as easily as the television characters’ entering the living rooms and families of the viewers, Haunted Houses reflects the multiple other-worlds haunting the contemporary Thai consciousness in light of new communication technologies brought on by modern infrastructures, urban planning, and modern medicine.