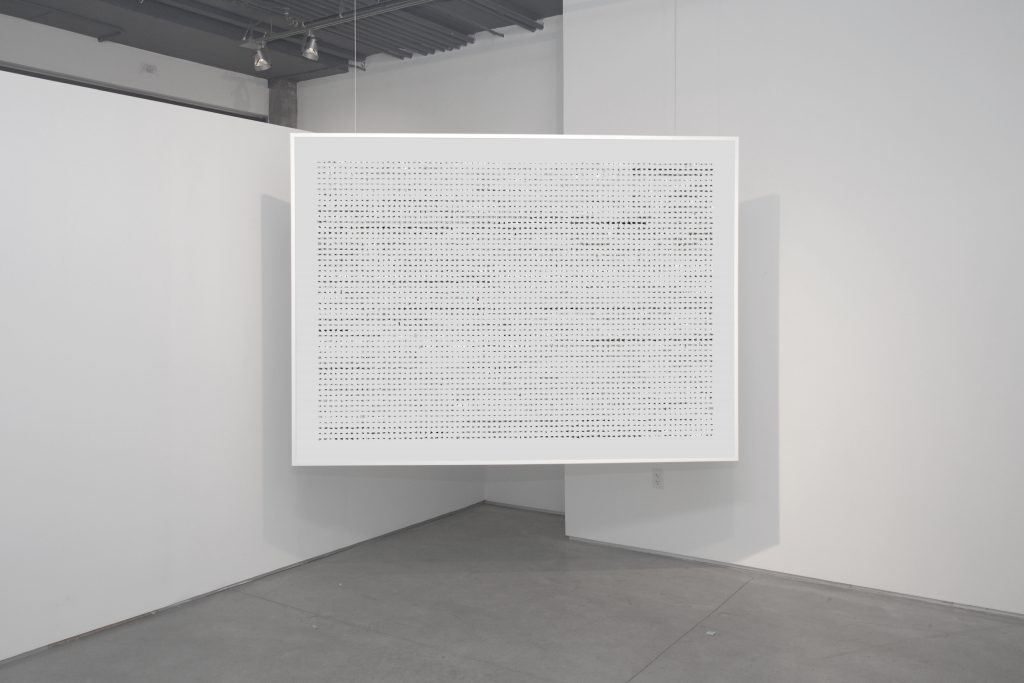 Created during Zhao Renhui’s residency at Kadist SF in 2014, the photographic grid features a selection of some 6,000 members from single family of flies –hoverfly– identified over the last 25 years by Sacramento-based Dr. Martin Hauser, Senior Insect Biosystematist at the California Department of Food and Agriculture and longtime acquaintance of the artist. Worldwide specialist of hoverflies, Dr. Hauser collected the insect and meticulously sorted them out. The label below each fly indicates the country where it is from, its species, its size, etc. Some of the hoverflies look like bees and wasps, for a yet-unknown reason. During his career, Dr. Hauser identified many new species of hoverfly: holotypes, the single specimen upon which new nominal species are based (red tag), and isotypes that follow duplicates of the holotypes (green tags). By colliding these scientific methods of explaining the world with visual art, Zhao Renhui perhaps invites critical reflection on human’s thrift for objective knowledge and datas by blurring the lines between objective documentation and fictional narrative.