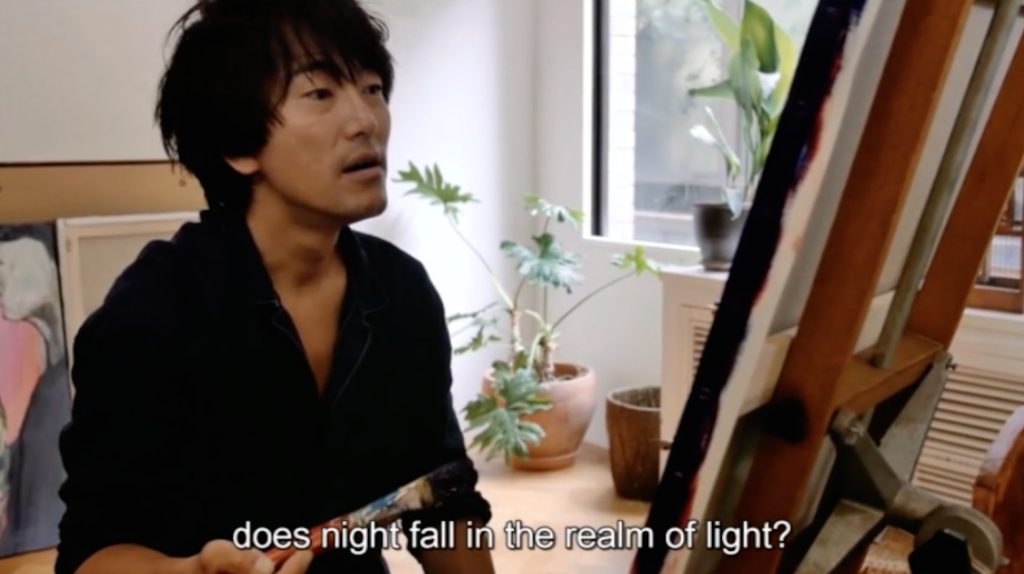 Hikari (Light) (2015) depicts a fantastical and wrenching story about Juneko, a terminally ill young woman who communicates with her lover, a painter, through a portrait of her produced shortly after her death. As Juneko becomes sicker, her hair begins to fall out, a symptom of her unnamed illness. As her condition deteriorates, the film toggles back and forth with the animated story of Mogeji, a white strand of hair inhabiting Juneko’s body who becomes anthropomorphized through Kondo’s animation and recounts his own story of mortality and loss. Although its love story is unabashedly sentimental, Hikari (Light) also responds to the aftermath of the 2011 Tohoku earthquake in Japan and the national trauma it subsequently triggered. Reframed in this context, Juneko’s illness draws more unsettling allusions to the radiation poisoning experience by citizens living near nuclear reactors damaged during the earthquake and subsequent tsunami. Throughout, the animated interludes function as their own counter narrative depicting that, despite its elements of the fantastic, metaphorically depicts a body in crisis. Hauntingly complex, Hiraki (Light) offers a powerful meditation on loss, disease, and the inexorable necessity for hope amidst trauma.

Aki Kondo utilizes animation, video, and mixed media to explore such varied topics as intimacy, loss, and the human body. Her work crosses multiple practices and frequently investigates the creative process as an object of study in and of itself, exploring how artistic mediums can communicate emotionally complicated narrative through expressive and resonant images. Her animation work is especially unconventional, and while her characters often appear fantastical, they invariably tell far more serious stories than their cartoonish form would suggest.
Biography
Aki Kondo
Born 1987, Japan
KADIST VIDEO LIBRARY
Login to watch video
Related