Hank Willis Thomas
I Am A Man 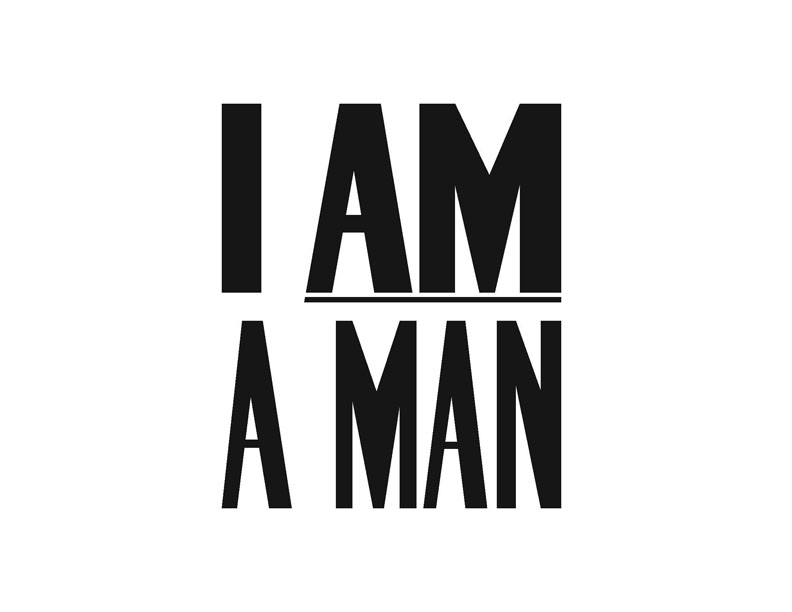 I Am A Man

The image is borrowed from protests during Civil Rights where African Americans in the south would carry signs with the same message to assert their rights against segregation and racism. Historically, in countries such as the US and South Africa, the term “boy” was used as a pejorative and racist insult towards men of color, slaves in particular, signifying their alleged subservient status as being less than men. In response, Am I Not A Man And A Brother? became a catchphrase used by British and American abolitionists. The question “Am I Not A Man?” was brought up again during the Dred Scott decision of the U.S. Supreme Court in 1857. More recently, “I Am a Man” and also “I Am Not a Man” has been used as a title for books, plays and in film to assert the rights of all people to be treated with dignity, from African Americans to Feminists. Signs were even used in Arabic language translated to Ana Rajul during the Arab Spring.

For this painting, the artist was specifically inspired by a particular photograph from the 1968 Memphis Sanitation Strike, where a large group of black men assembled with protest posters bearing the same message and nearly identical typeface. The artist has also created many other version of this painting that play with the orientation and wording of the text (ie: A Man I Am, I Be a Man, I Am Many, I Am The Man, etc.), reflecting historically on the variations that have been used before, and speculating on how they may continue in the future. Of this series the artist recalls:“I was born in 1976, and I was amazed that just eight years before I was born it was necessary for people to hold up signs affirming their humanity. The phrase that I grew up with was “I am the man,” which is also influenced by African-American culture but takes a very different starting point. What I was interested in was, how many other ways could I read that phrase?… In the U.S. Constitution, blacks were considered three-fifths of a man. Then there was the slogan adopted by the Quakers, “Am I not a man and a brother?” There are a lot of other references, like “Ain’t I a Woman?” is a reference to Sojourner Truth’s famous speech, but also the Women’s Liberation movement. The final painting in the group says “I am. Amen.” The greatest revelation should be that we are.”

Employing the visual language and terminology of mass media, and appropriating symbols and images from popular culture, Hank Willis Thomas’ work seeks to question and subvert established definitions and positions with regards to personal identity and the narrative of race. Working across installation, photography, video, and media work, Thomas maintains his photo conceptualist roots, primarily taking source material from found photographs and archives. These images form the basis from which the artist seeks to uncover the fallacies that history claims as truth. His work illustrates how the way history is represented and consumed reinforces generalizations surrounding identity, gender, race and ethnicity, and that as an artist he has an opportunity to expose or to revise those histories from the points of view of the oppressed.
Biography
Hank Willis Thomas
Born 1976, USA
Related