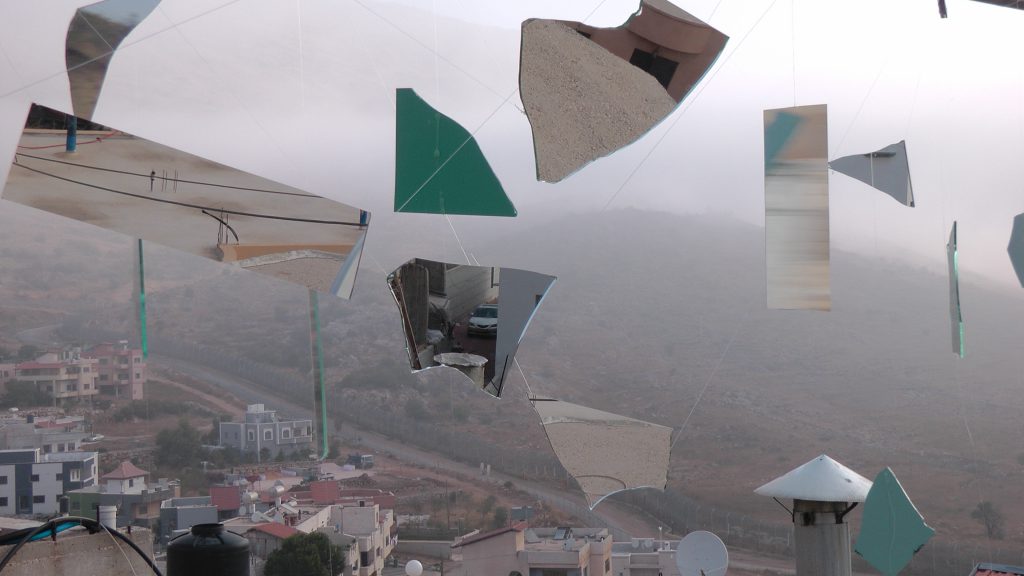 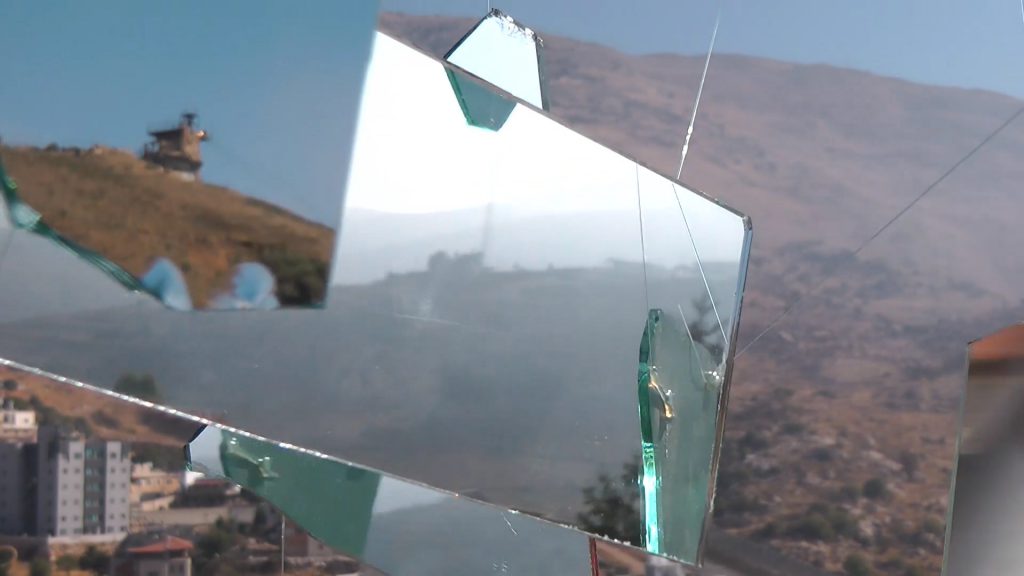 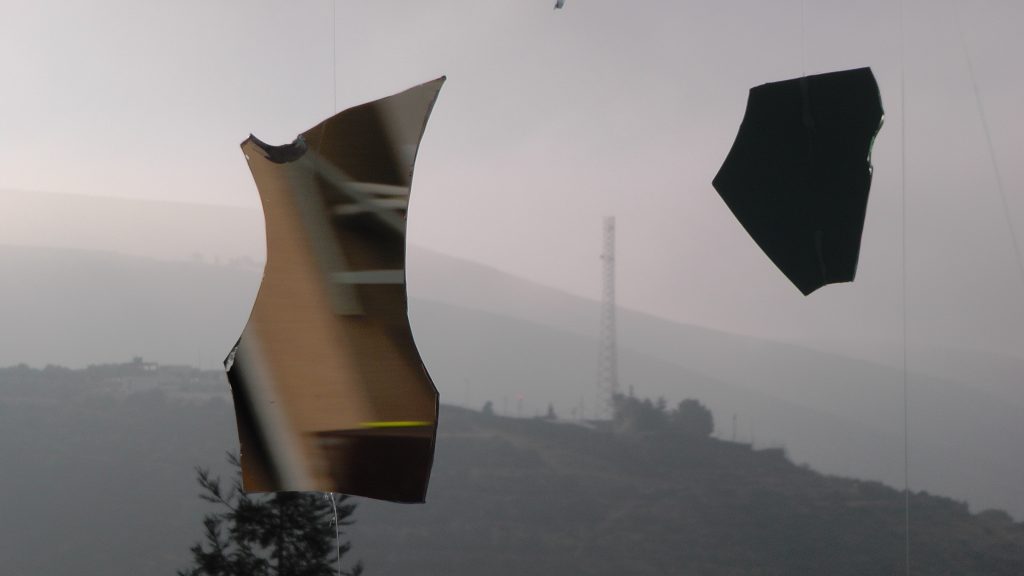 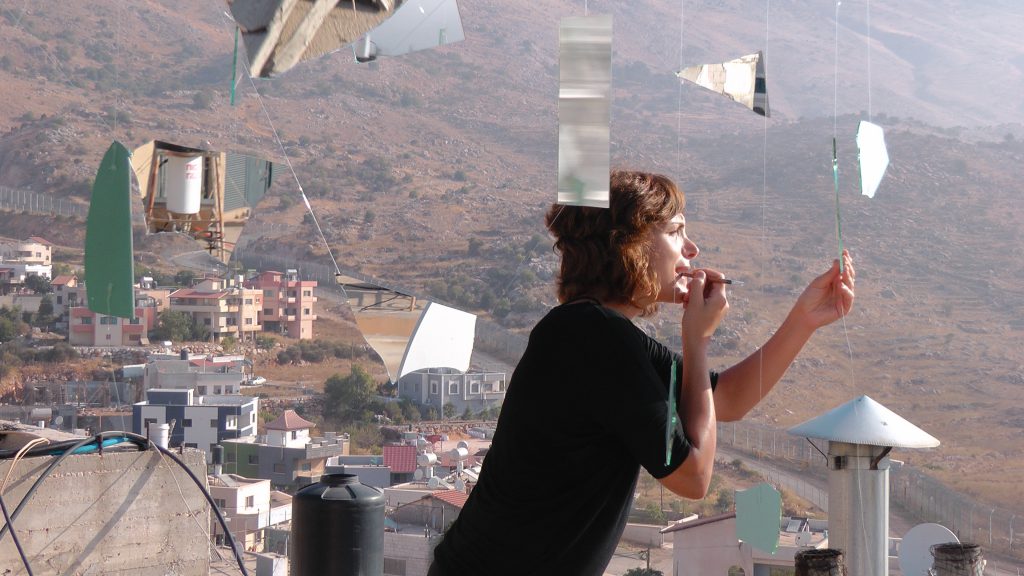 Shot from the rooftop of her house in Majdal Shams, through a complex construction of moving mirrors, this video connects both sides of the border which has cut through Syrian Golan heights since the 1967 Six-Day war. Located on the cease-fire line, residents of Majdal Shams are reminded of this tragic separation on a daily basis. During the war the majority of the local population were exiled to Syria. Through the configuration of the mirrors, the Israeli and Syrian military infrastructures which enforce the separation, are placed in the same line of sight, just as the population on both sides of the border are subject to the same oppression. They share an equal sense of lost identity and erased memory. For the artist, the work represents a fragmented vision of her fragmented self, set against a beautiful landscape that she feels her own.

Randa Maddah, was born 1983 in Majdal Shams, occupied Syrian Golan. Her practice is often rooted in the notion of homeland, working closely around the subject of Madjal Shams and the inextricable ties to war, homeland, borders and exile. With formal training in sculpture and etching, Maddah’s work frequently takes the form of realistic depictions of bodies and landscapes, warped by weight of experience, the faces and forms of which are mirrored in her pencil drawings. Maddah also works with video, meditating on the experience of dual exile and attempts to sustain the possibility for return.