Truong Cong Tung
Journey of a Piece of Soil 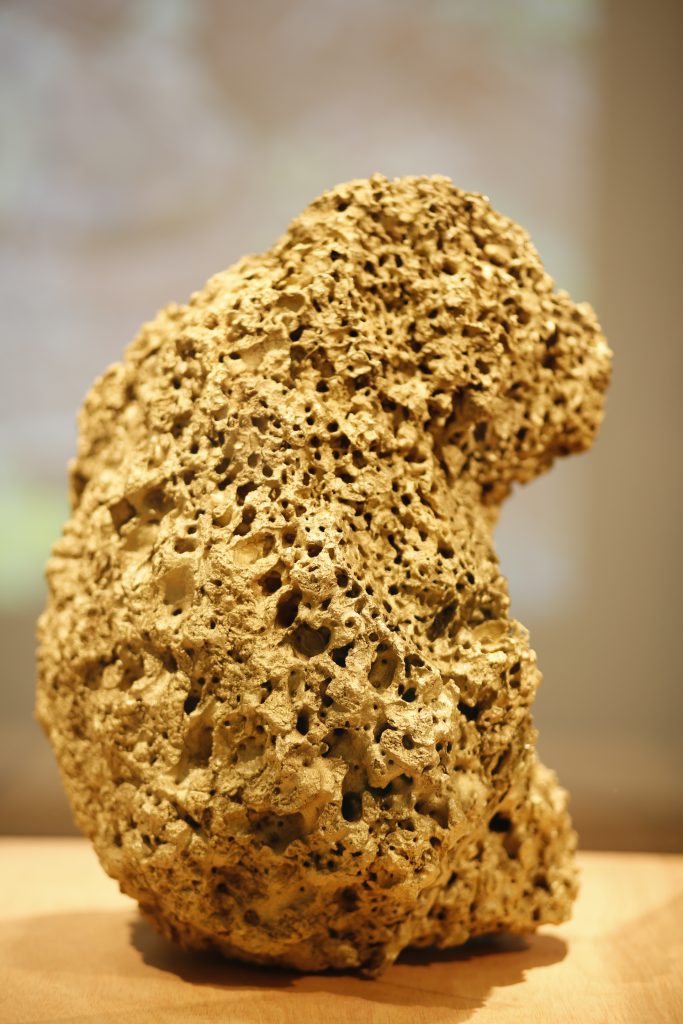 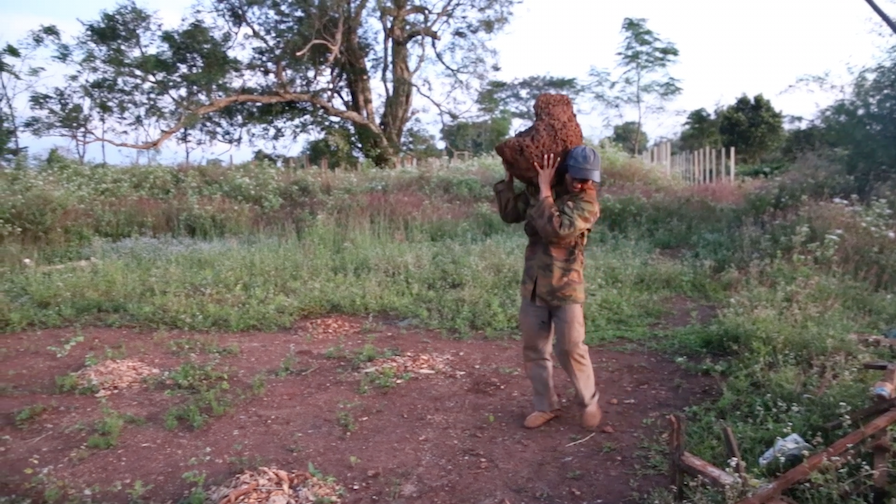 Journey of a piece of Soil (termite nest)
1 OF 2

Truong Cong Tung’s Journey of a Piece of Soil (2013) and its accompanying object-based installation of the same name (2014) consider the function of ritual in larger modes of collective engagement and cultural production. In examining how spirituality inflects social engagement, Truong’s contemplates the juncture at which the rational beings encounter the unexplained while also suggesting how embodied practices offer vital conduits for experiencing new modes of consciousness. The video features a man dressed in camouflage fatigues with a blue cap tilling a patch of red-clay soil amidst a green-stalk covered patch of land. Throughout, he carries a strange object on his shoulder and what from a distance appears to be an amorphous rock riddled with holes. As the camera zooms in, however, the holes are covered with countless small and scurrying insects: termites crawling across a nest. The man, though, continues to carry the nest as if it were a precious object, digging holes to protect it from the elements, kneeling before it like a devotional relic, sleeping and rocking with it as if it were a loved one. The rural shamanism of the work might be located in spiritual practices such as those of the Apichatpong in Thailand, and there is an aspect of the unknowable to Truong’s depiction of almost intensely private and unspoken ritual. There’s no clear indication why Truong or the man in the video (who may or may not be the artist) are drawn to the termite’s nest, and yet that arguably is what makes Journey of a Piece of Soil so fascinating as a work about devotion: it powerfully depicts the steady and uncompromised determination our various faiths require of us and the ways in which that unwavering exactitude affects our embodied sense of being.

Truong Cong Tung produces work that can be located amongst an aesthetic realm outside of reason or sense. Deliberately more intuitive, his video and installation based practice eschews obvious “subjects” and is more readily about the universe of spirituality, shamanism, and ghosts. His installations could be seen as mediums to approach these fields in our contemporary moment, and much of his work examines how faith and belief are posited in diametric opposition to more secular urbanism. At the same time, his practice is inherently performative, and in foregrounding embodied movement through his video and accompanying object-based works, Truong also considers how our bodies act as sites through which the rational and sensate, as well as the intellectual and spiritual, come into communion with one another.
Biography
Truong Cong Tung
Born 1986, Vietnam
Related
Hong Kong: Soil and Stones, Souls and Songs, International
Manila, Philippines: Soil and Stones, Souls and Songs, International