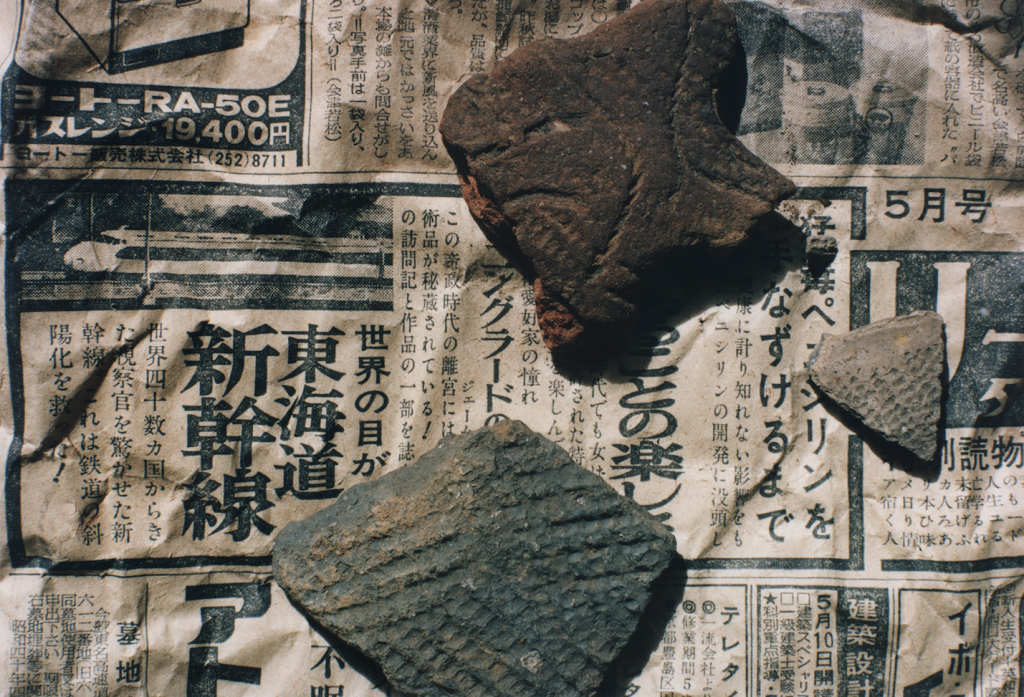 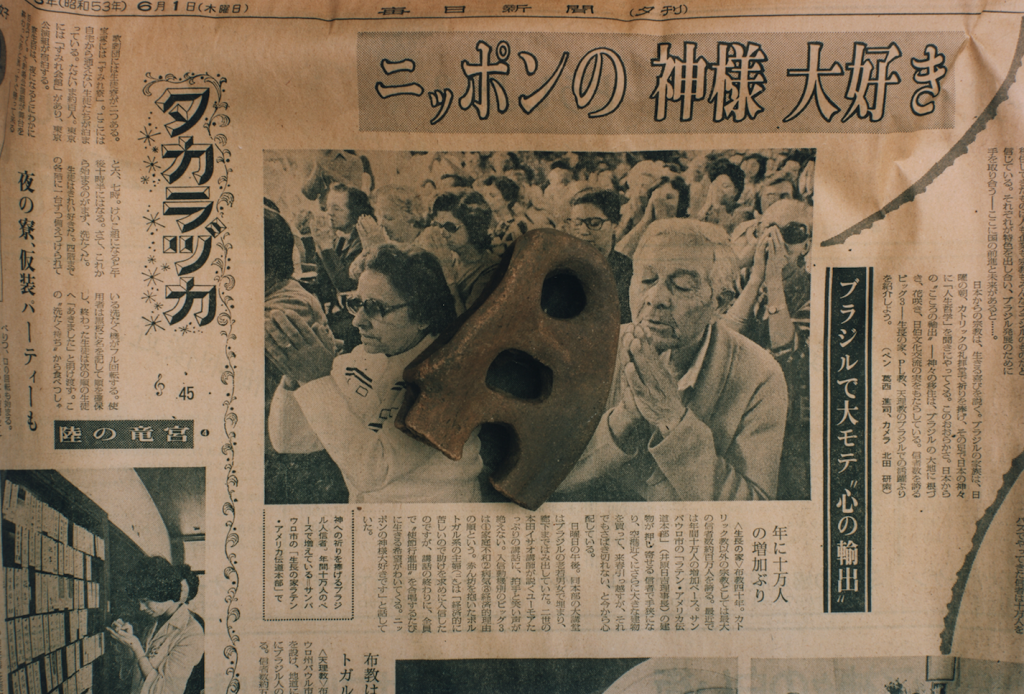 For the works KAKERA, Bullet Train and KAKERA, Loving God Tatsuki Masaru traveled throughout Japan to visit museums holding kakera (which translates to “fragments”) of Jomon Period potteries –Japan’s pre-history 2,300-15,000 years ago. Small and fragile, the kakera were donated by farmers who had found them in their fields, or by archeologists, and then wrapped in newspapers and stored away. Today they sit quietly on the shelves of museums, unknown to people. Tatsuki pulled the kakera out to photograph them with the wrapping newspaper backdrop, giving light to the neglected objects. Spanning from 1940s to 1980s, the wrapping newspapers record the time when the kakera were found and archived. In Bullet Train, the newspaper highlights the surprise of inspectors from 40 some countries to the encounter of the Tokaido Shinkansen, the oldest bullet train in Japan and today the most travelled high-speed rail route worldwide by far. Tatsuki’s photographs unfold a part of history of modern Japan while engaging broader discussion around the conservation and restitution of artifacts and cultural heritage.

Tatsuki Masaru  became an independent photographer in the late 1990s after studying under Kyoji Takahashi, photographer mainly familiar to Japanese audiences for his commercial and fashion photography but also an independent image-maker producing photos, films and installations. Exploring folkloric myths and the reality of people’s life in Japan, each of Tatsuki’s photography series is the result of a long-term research and engagement with his subject matter. As such since 2006, Tatsuki Masaru has been visiting the Tohoku Region regularly, well before the 2011 earthquake devastated the region.
Biography
Tatsuki Masaru
Born 1974, Japan
Lives in Tokyo
Details
54.2H x 80W cm
C-Print
Related