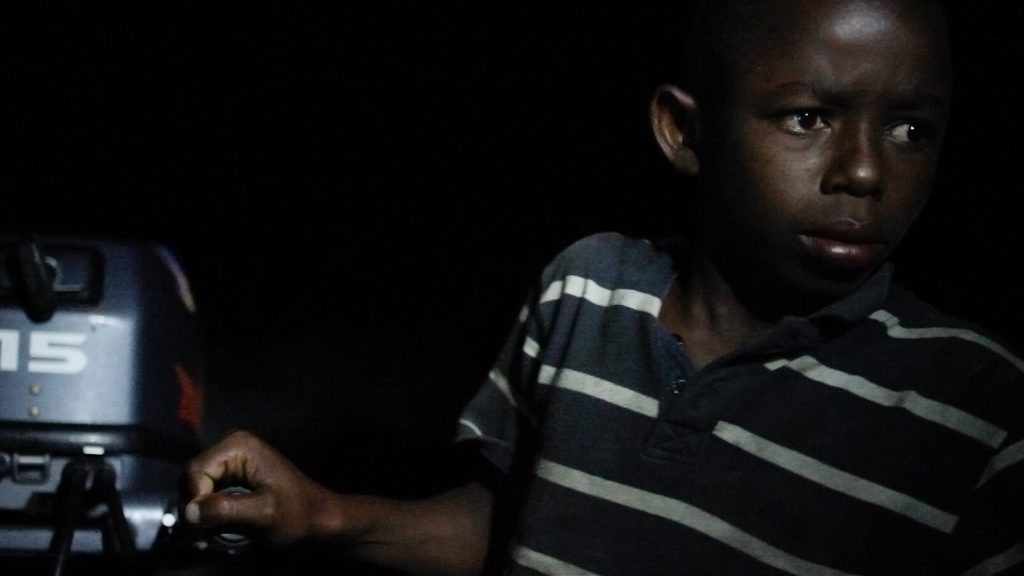 In 2009, Laura Henno began research in the archipelago Comoros for her first film Koropa the first episode of a triptych— completed in 2016. Mayotte is the only remaining island belonging to France in the archipelago of the Comoros, which gained independence in 1975, creating an invisible border that divides the islands from Europe. Koropa is the portrait of a particular relationship: that of Ben, a former fisherman turned smuggler, and Patron, a child who makes his first smuggling voyage between the island of Anjouan and Mayotte. The film presents a silent rite of passage, this solemn apprenticeship, and the transmission of knowledge that owes as much to the cunning as to the art of sailing over a hostile ocean. By its brief and radical form, its abstract space, the film escapes from the documentary format to draw an ancient drama, where two mute figures, that of the father and the son, share a journey on the verge of death.

Laura Henno was trained as a photographer and studied film at Le Fresnoy – Studio National des Arts Contemporains. For several years, she has based her approach to photography and film on the issues of clandestine migration, in the Comoros, Réunion Island ; Calais ; and Rome. She confronts herself, with a documentary aim that reinvests reality with the potentials of fiction and storytelling. The resulting images provoke a disturbance and draw from pictorial and cinematographic codes.
Biography
Laura Henno
Born 1976, France
Lives in Paris
Details
19 minutes
HD video, color, sound, 16/9
Related
Lagos, Nigeria: DIASPORA AT HOME, International