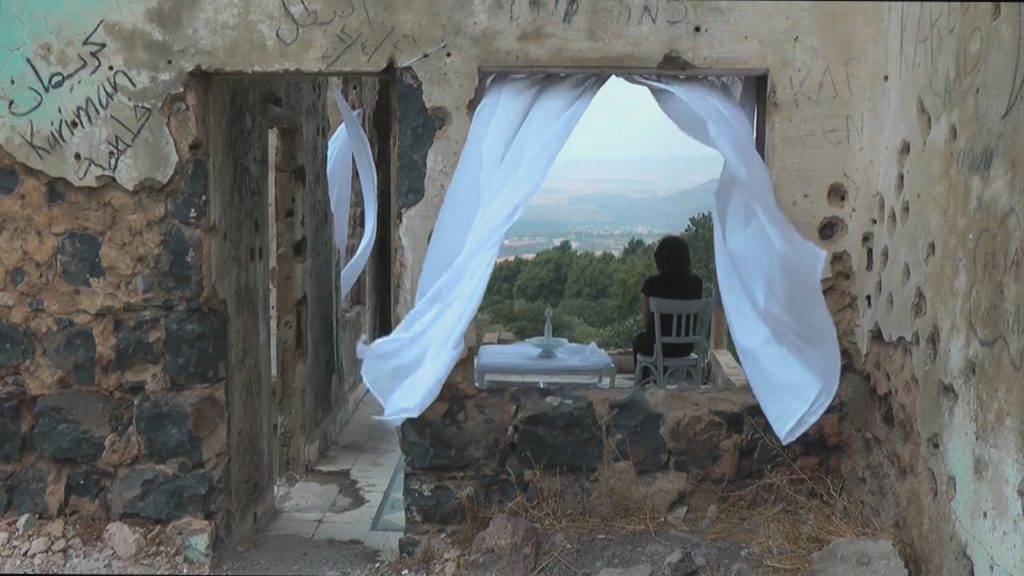 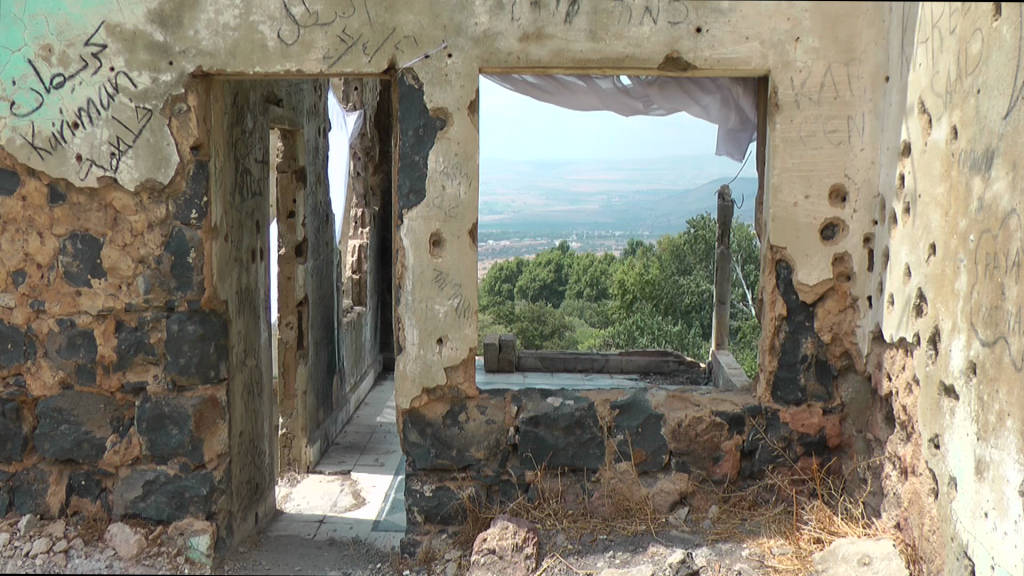 A woman meticulously tidies up the room of a ruined house in the village of Ain Fit in the occupied Syrian Golan. The village was destroyed by the Israeli forces in 1967, as was the case for many other villages. Inhabitants were prevented from returning to their homes, fleeing to Syria’s refugee camps, separated from the rest of their families. Randa Maddah was born in one of the few remaining villages, Majdal Shams, located on the cease-fire line from where she was able to contemplate the inaccessible ‘other side’. A fixed camera films the artist doing housework in a ruined house, refurbishing it with floating curtains, a table, a chair and a strange object that looks like a bomb. After she finishes her work, the artist sits and contemplates the horizon towards Syria where, at that time, Syrian refugees from Golan were suffering the hardships of war. The video performance connects the exiled from both sides of the border, through the empathic process of creating a mirror image where everyday life resists oblivion. By creating familiarity in the midst of tragedy and destruction, by maintaining the property of the uprooted, by ritualizing their lost lives, the work calls for their return.

Randa Maddah, was born 1983 in Majdal Shams, occupied Syrian Golan. Her practice is often rooted in the notion of homeland, working closely around the subject of Madjal Shams and the inextricable ties to war, homeland, borders and exile. With formal training in sculpture and etching, Maddah’s work frequently takes the form of realistic depictions of bodies and landscapes, warped by weight of experience, the faces and forms of which are mirrored in her pencil drawings. Maddah also works with video, meditating on the experience of dual exile and attempts to sustain the possibility for return.