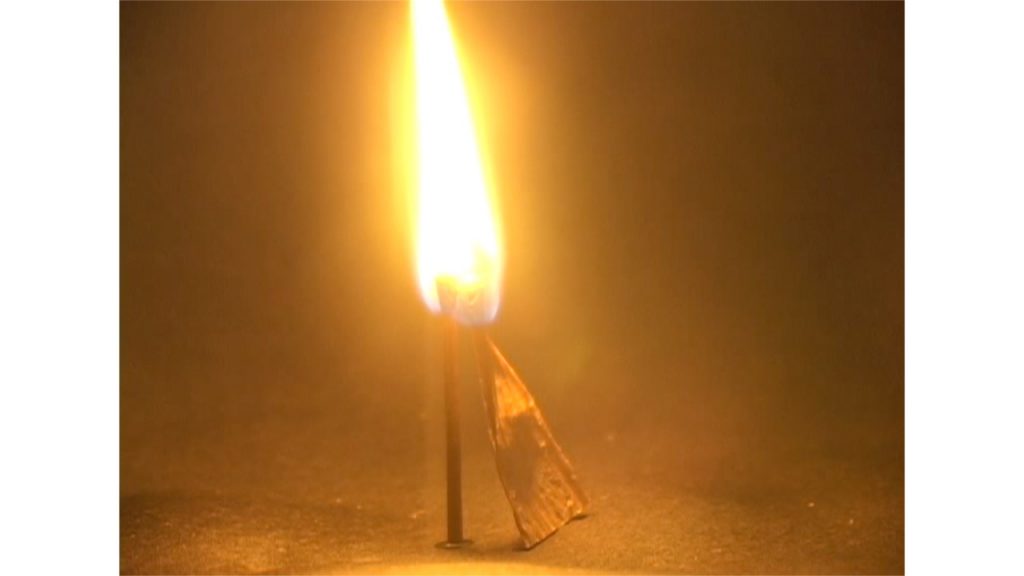 In Los amantes (The lovers) Diana Fonseca Quiñones uses simple, commonplace objects and experiences that she derives from daily life to develop narratives that mix reality and fiction. Drawing on seemingly everyday moments, such as lighting a match, Quiñones creates poetic metaphors that cleverly comment on broader social issues, as well as politics, and universal human desires. In her profound work Los amantes, the humblest of materials, a pair of burning matches, becomes a parable for the sharing, longing, restraint, and death that everyone faces in life.

Diana Fonseca Quiñones graduated from the Instituto Superior de Arte, Havana, in 2000, and from the Academia de Bellas Artes de San Alejandro, Havana, in 2005. Since then she has had three solo exhibitions in Cuba, and at the Sean Kelly Gallery, New York (2016). International group exhibitions include “Dilated Biography: Contemporary Cuban Narratives” at The School of the Museum of Fine Arts, Boston (2013); “Spray,” The Hochhaus Kokerei Hansa Museum, Dortmund, Germany (2011); and “Inside Confluences,” the second edition of Contemporary Cuban Art at the National Hispanic Cultural Center, New Mexico (2009). Quinones work was included in the 12th Havana Biennial, in Havana, (2015). She is the recipient of the 2015 EFG ArtNexus Latin America Art Award.