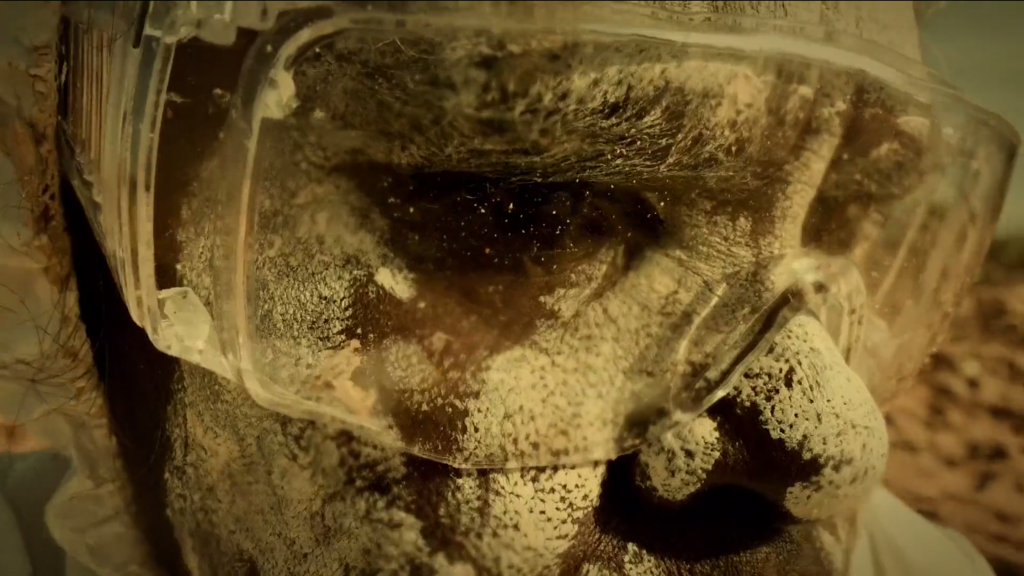 The Mermaids, or Aiden in Wonderland is a surreal exploration of Western toxic contamination, capitalism, and human and non-human life. Set in a land and seascape poisoned by capitalism where only Aboriginals can survive long periods outdoors, the film tells the story of a young Indigenous man, Aiden, taken away when he was just a baby to be a part of a medical experiment to save the white race. He is then released back into the world to his family. As he travels with his father and brother across the landscape he confronts two possible futures and pasts embodied by his own tale and the timely narratives of multinational chemical and extractive industries. The psychedelic and fragmented nature of the film reflects the insidious, creeping violence of toxicity that corrupts the psychology of those who are structurally, economically, and politically displaced. As Aiden, a stranger to his own land is reinserted into existence; he becomes acquainted with territorial nature and folklore – mermaids, a bee, a cockatoo bringing forth a pertinent inquiry of whose and which lives matter.

Karrabing Film Collective (est. 2013) is an award-winning group of filmmakers and artists, most of whom are Indigenous to the lands and coasts along northwestern Australia. They approach filmmaking as a mode of self-organization and a means of investigating contemporary social conditions of inequality. Through the collective’s inventive artistic language, their work challenges historical and contemporary structures of settler power. The films represent their lives and through the process create bonds with their land while intervening in global images of Indigeneity. In the Emiyengal Indigenous language Karrabing means ‘tide out’. It refers to a time of coming together, as well as to the coastline that connects the Karrabing Film Collective as an extended family group across social lines. Their films and installations have been exhibited at Contour Biennale, Mechelen, Belgium; Berlinale Forum Expanded; Hallucinations, documenta 14, Athens; Sydney Biennale; vdrome.org; e-flux supercommunity at the Venice Biennale; Doc’s Kingdom, Lisbon; and Wexner Center for the Arts, Columbus, Ohio, among others.
Biography
Karrabing Film Collective
Born 2013, Australia
Lives in Australia
Details
26:29
HD video, color, sound
Related
Interview with Karrabing Film Collective, San Francisco
Karrabing Film Collective, San Francisco