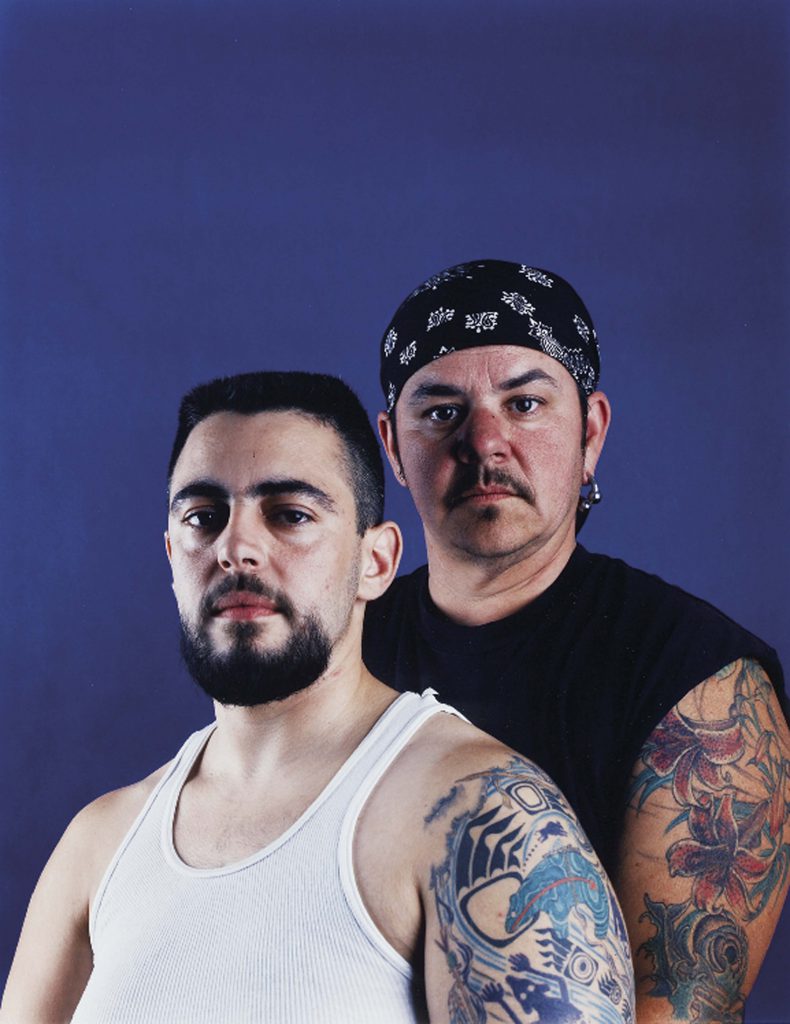 Like many of Opie’s works, Mike and Sky presents female masculinity to defy a binary understanding of gender. The very practice of being photographed raises many complex issues around gender performance and the relationships between an inner self and an outer public persona. Even though Mike and Sky are cropped and obscure one another, many of their choices for self-presentation—as emphasized by their tattoos—remain visible.