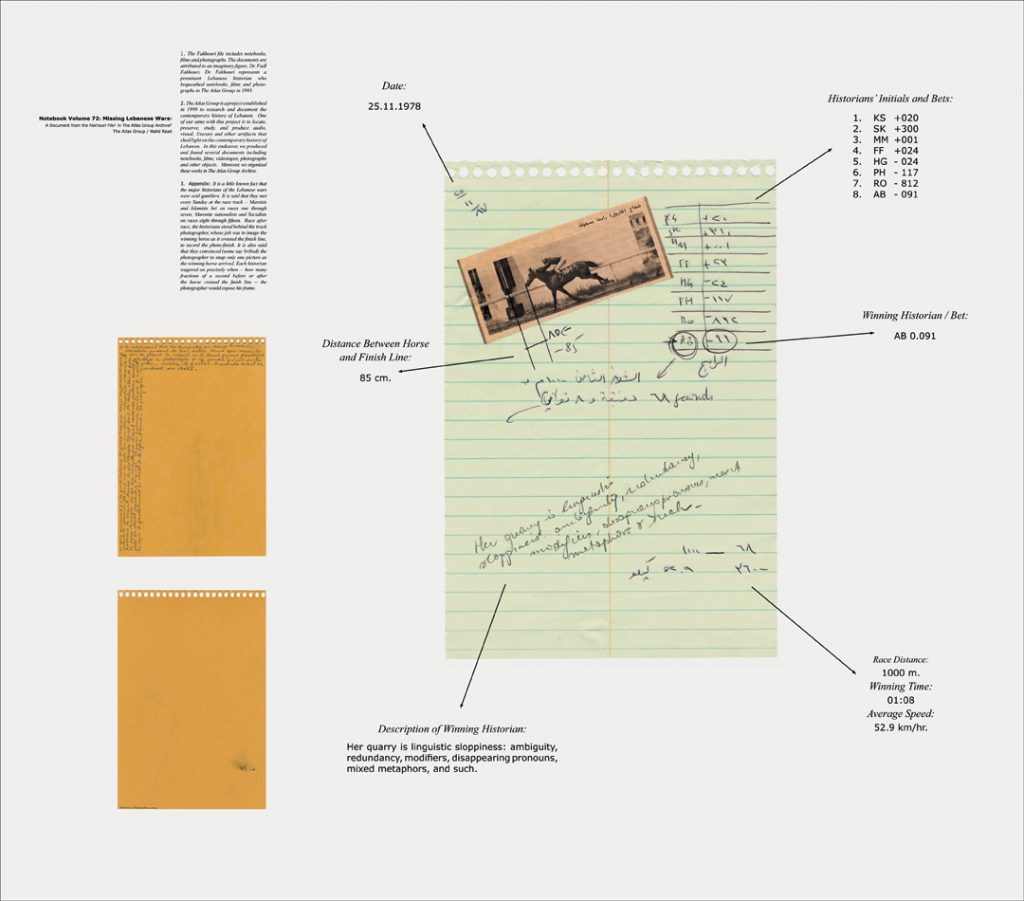 It is a little known fact that Lebanese historians were also gamblers during the war. They met every Sunday at the race courses. Race after race, the historians were positioned behind the press photographers who were there to take a picture of the winning horse passing the finishing line. The historians betted on how many fractions of seconds before or after passing the line the photograph would be taken. That is to say that no photo showed the horse on the finishing line. Each page of the notebook contains an image of the horse passing the finish line cut out of the Annahar newspaper on the following day. It features the annotations of doctor Fakhouri on the length and duration of the race, on the winning horse and his timing, his average speed, the initials of the different historians and their bets, the time between the snapshot and the passage of the finishing line, a very brief description of the winning historian (here the linguist). These documents provoke questions about historical fact. Why are there no images of the precise moment when the horse passes the finishing line? Does the press authorize the reproduction of false information?
Conscious of the impossibility of capturing the exact moment, the historians bet not on the horses but on the photographer’s margin of error. The evidence about an event is not necessarily linked to the production of an objective document. There can be no certain objectivity with photographic material.

Walid Raad was born in 1967 in Chbanieh, Lebanon.