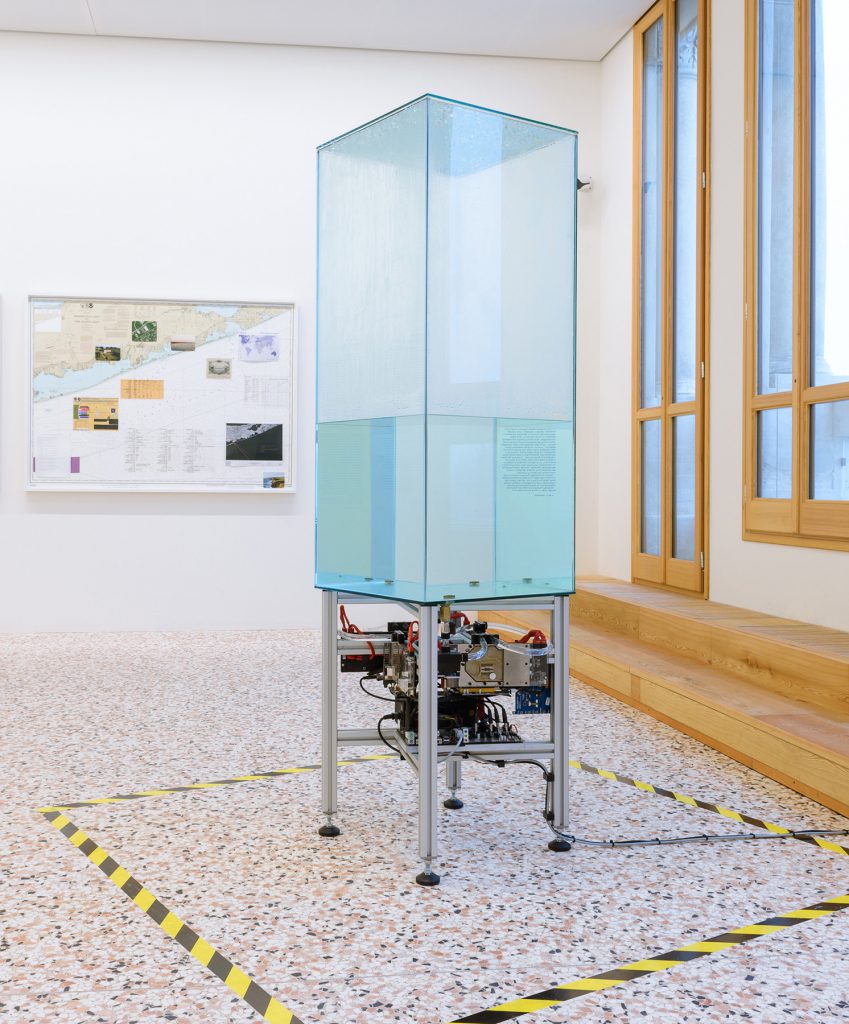 Misting Miner is a vapor sculpture by Alexey Buldakov from the Urban Fauna Lab collective that gives material form to the invisible phenomenon of mining cryptocurrency. The work is comprised of a water cooling system attached to technology that continuously mines cryptocurrency, and in the process also generates an extraordinary amount of heat. As a latent and untapped source of energy, the artist harnesses the heat and reveals its transformative potential by turning it into fog through the water cooling system, which he then reroutes to follow a cycle of evaporation, condensation, and precipitation. Unlike banks and other financial institutions, digital currencies such as Ethereum — the type used by the Miner — rely on encryption techniques to generate ‘coins,’ which are then bought and sold. For Buldakov, these new systems of generating value exist much like a virus, replicating their genetic codes by hashing long mathematical equations which populate servers producing more and more excess heat around the world. As bitcoin ATMs slowly roll out across San Francisco, the Misting Miner reveals the unseen impact of online economies and cyber-punk utopias through the alchemical process of mining digital gold.

Urban Fauna Lab is a collective founded by Russian artists Alexey Buldakov and Anastasia Potemkina in 2011. Conceived of as an long-term research project, several of their initiatives have studied the relationships—parasitic, symbiotic, mutual adaptation—between the thousands of species that populate urban environments around us. Whether focusing on crows, sparrows, pigeons, rats or stray cats, the collective explores the negotiations between biological systems and the social, cultural and ontological relationships they have to our own history. Described by the artists as ““the experimental space of new biopolitical utopia,” their research addresses the ecological impact we have as species as well as the instability of the parasitic urban fauna that has somehow adapted to exist between nature and the built world.
Biography
Urban Fauna Lab
Born 2011, Russia
Lives in Moscow
Details
24 x 24 x 24 inches
Cryptocurrency miner with 4 CPU MSI Radeon R9 390 on aluminum frame, glass aquarium
Related