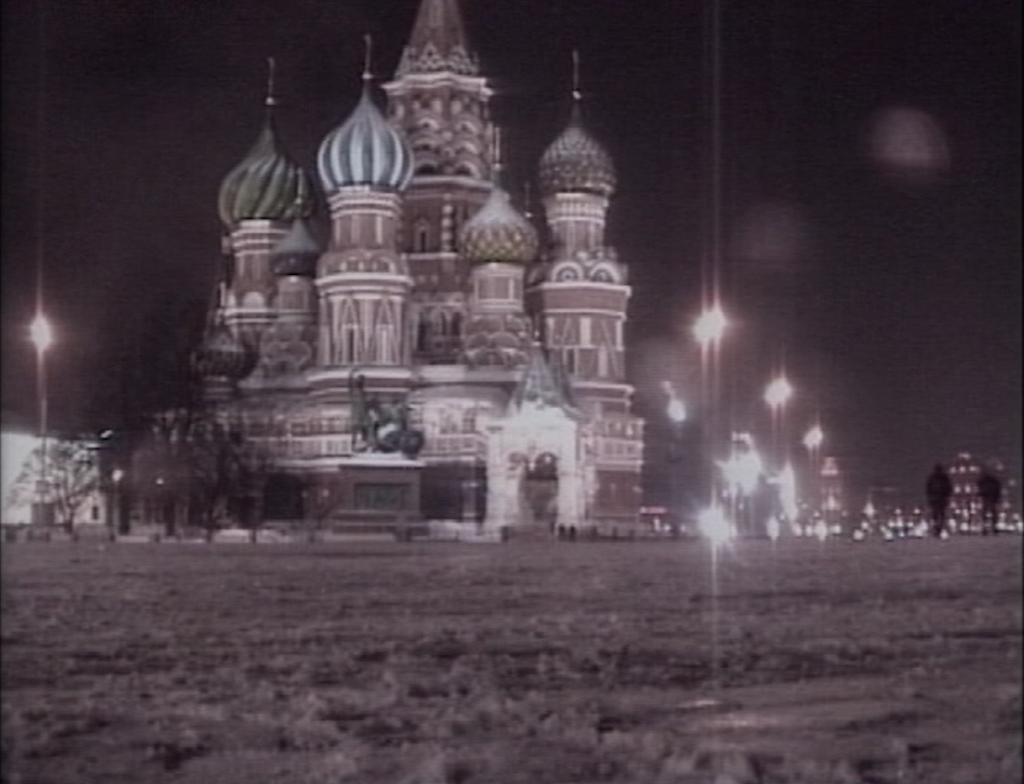 Never Leave Home Without It

The artist describes the work as “very performative video-pieces but they take on a more sculptural feel. The action is simple: I kick a video camera through a site that is embedded with sociological elements, which I try to question through my practice. I chose Red Square as the site to work in Moscow. The square is interesting as a kind of high/low, new/old dichotomy of a new capitalist regime, with the most expensive World-brands of fashion, design and architecture creeping in like a drug that everyone is forced to take but hasn’t been tested long enough to know the effects. All of this is in direct opposition to an almost outdated value system represented by Lenin’s tomb across the road. After summing up this pyramid of power and history, having it laid out in a square where there can be a final point… me as an American here performing a very minimal, radical action of kicking a camera over time within those parameters. The camera breaks down within three to four minutes, creating a time-based situation: the image that is being recorded disappears kick after kick and visually erases all the embedded history, the politics… the finished work lends itself to a social/cultural amnesia that I find exists in this place.”

Aaron Young's artworks rely on the aftereffects of dynamic, energetic, and sometimes even dangerous performances. He hires participants stereotyped as marginalized rebels, such as skateboarders and motorcycle riders, to perform various stunts in exhibition spaces on specially prepared platforms—such as the performance Arc Light for the exhibition, for what you are about to receive. Like Steven Parrino, Young uses destructive actions as generative force; the traces of his ephemeral acts are recorded as videos, drawings, sculptures, and photographs to constitute artistic artifacts.