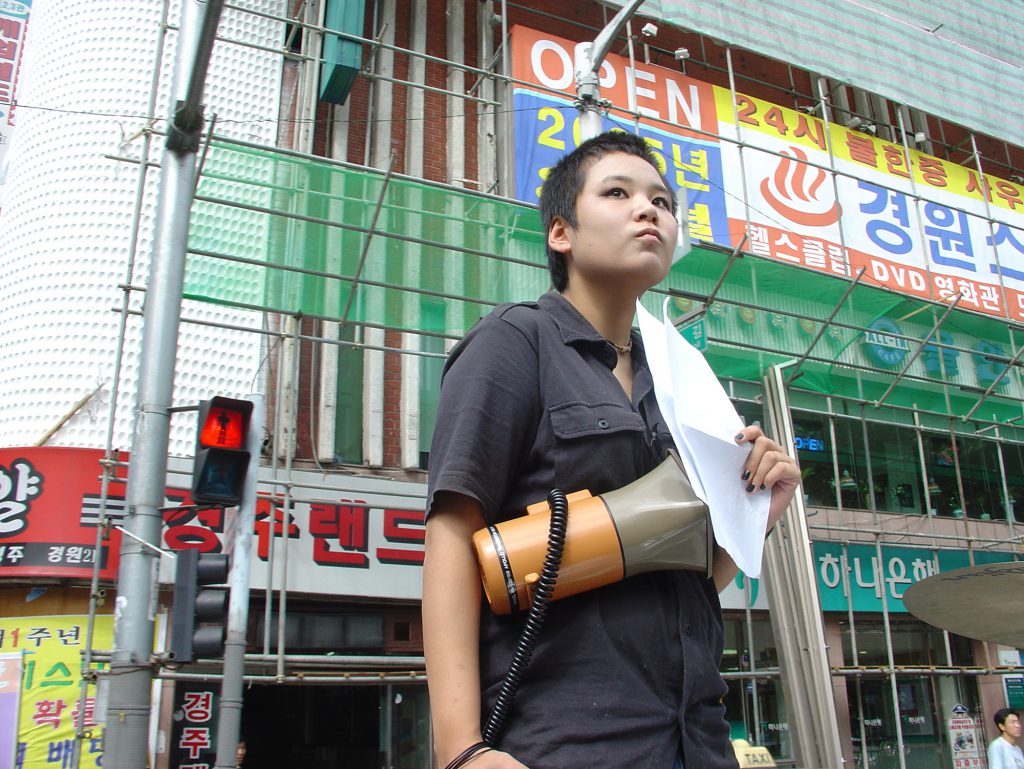 New Town Ghost (2005) is one of Lim’s trio of large-scale video installations. (The other two are S.O.S—Adoptive Dissensus [2009] and The Weight of Hands [2010].) The series grew out of her interest in capturing lost memories and the collective unconscious in rapidly globalizing cities such as Seoul. New Town Ghost documents a young female activist who is standing aggressively on a truck, rapping slam poetry through a megaphone to the rhythm of a nearby drummer. The two performers are from the Yeongdeungpo district, which has been drastically transformed by development from an industrial zone into a “new town” full of giant department stores and mega-brands. Yeongdeungpo is symbolic of many transformations witnessed by a young generation of Koreans. For Lim it is a dystopian place where the idea of a better future is simply delusional. The poem, talking about the new malls, the skyscrapers derides not only neoliberalism but also the indifferent citizens who have apparently sold their souls to it.

Motivated by a desire to understand the complex relationship between the behaviors of urban individuals and their surroundings, Minouk Lim creates videos and performance works that actively engage with the dynamics of city life. By exposing the problematic and contradictory aspects of the everyday, she critically comments on the absurdity of rapid development and power dynamics in today’s neoliberal economic system. Collaborations with artists, the public, and other cultural producers generate creative energy in Lim’s practice, and diversify her visual language.