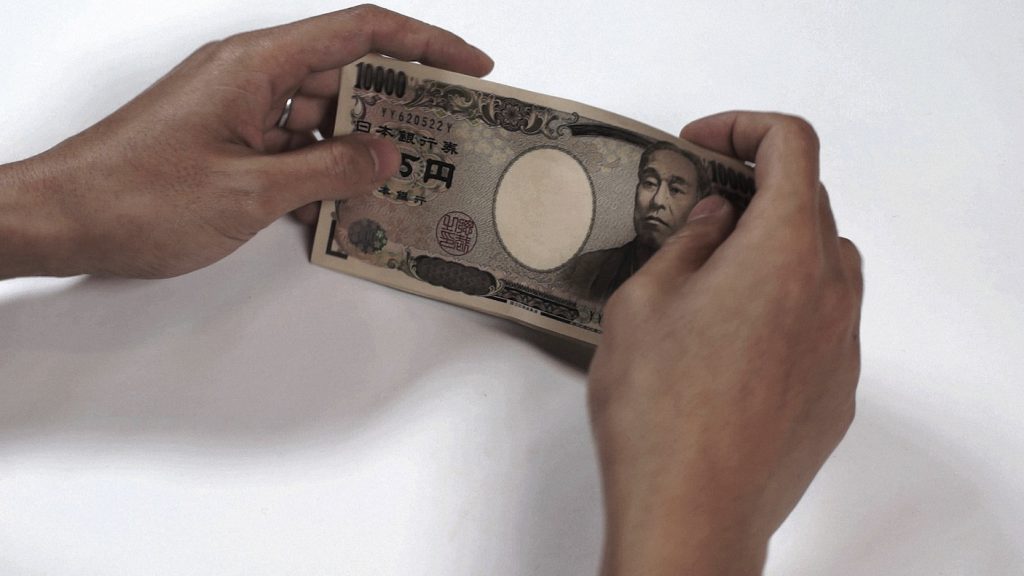 Still from ONE MILLION (Japanese Yen)

Kwan Sheung Chi’s work One Million is a video work depicting the counting of bills. Divided into three versions, the video first shows a number of Japanese ten-thousand-yen bills being counted without in an orderly, efficient manner. In Two Million, a similar counting of one-thousand-dollar bills from Hong Kong follows. However, a closer viewing of the videos reveal that they were created by looping the same scene of moving fingers, giving the illusion that many bills are being counted when, in fact, only a few are in the scene. Beyond commenting on the illusions of transactions and interdependencies in a regional economy, the video calls attention to the way media distort quantity as well as manipulations of values occurring with the transcoding of economic units into visual data. The false appearance of accountability presented in One Million and Two Million highlight the instability underlying the desire for convenience and efficiency in a globalized, media-dependent economy.

Kwan Sheung Chi obtained a third honor B.A. degree in Fine Art from The Chinese University of Hong Kong. In 2003, Kwan manufactured an exhibition history and CV for himself, hosting a retrospective as first solo show towards the end of art school in order to critique the unspoken conventions of the contemporary art system. In general, Kwan’s works explore the nexus between art and text and use repetition as a constant measure of time and a metaphor for life as he states: “Repetition gives the work power.” He is especially interested in how meaning is constructed, who makes art, and the interaction of other people, places and things as part of the work’s cultural context.
Biography
Kwan Sheung Chi
Born 1980, Hong Kong
KADIST VIDEO LIBRARY
Login to watch video
Related