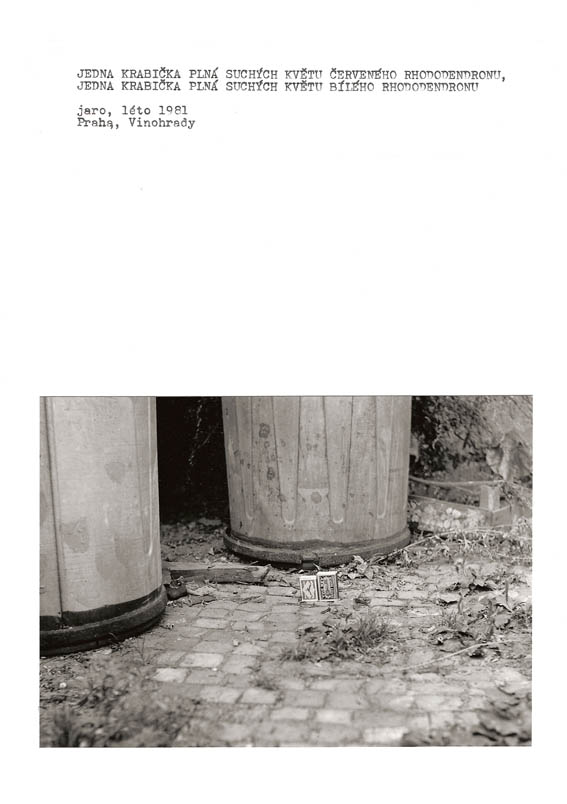 Kovanda’s street interventions are always documented according to the same format as the actions: a piece of A4 paper, a typewritten text giving a precise location and date, and a photograph. Contrarily to the actions, he took the photographs himself. One of the rules he stuck to in his artistic practice was to always use material at his disposal, a real economy of means. Since he worked in the Prague National Gallery store between 1977 and 1995, he was able to use left-over art handling materials like string, paper, wooden wedges and so forth.
Most interventions tended to be small in scale and ephemeral, with no particular audience since they occurred outside the art gallery space (certainly until the late 1990s). This document is a close-up shot of two matchboxes placed side by side next to two waste pins. One box reads ‘The Key Safety Match’ and the caption indicates their precious distinct dried flower content. This coupling of everyday utilitarian packaging on the ground amongst weeds and detritus is imbued with a melancholic sobering poetry, particularly since these quasi invisible micro-events occurred in a Soviet era Eastern European society undergoing constant surveillance.