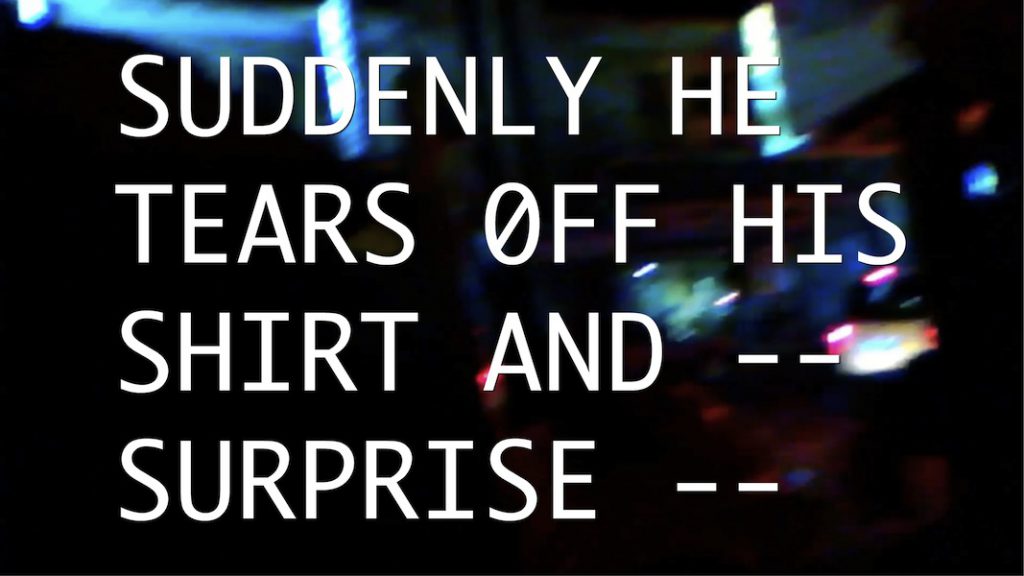 Pacific Limn weaves together three narratives that comment on hyper-capitalism pan-Pacific cities that San Francisco exemplifies. Each of the large works comprise of moving images overlaid with giant text, all synched to a stealthy, up-tempo jazz soundtrack. In The Secret Life of Harumi, a Japanese woman fantasizes escaping her job and living a temporary dream life in San Francisco. Young-Hae Chang Heavy Industries (YHCHI) uses locally sourced virtual products such as Adobe Flash animation and Apple’s Monaco or Menlo typeface to create a whimsical and indirect commentary on the psychology of the working class in an information society within postindustrial imperialism. For two months, YHCHI inhabited the economically polarized South of Market neighborhood, where a variety of socioeconomic realities overlap and coexist, from Facebook employees to the homeless. The Flash animation is influenced by realist cinema and depicts the tediousness in commuting by air and ground combined with the kitsch of an “Asia-town” window display. Overlaid with text-like femslash prose in a semi-coherent style of karaoke lyrics, the sensory cacophony disrupts a viewer’s thoughts and alludes to a desensitized boredom mixed with the desires of the alternative persona of a fictional Japanese woman.