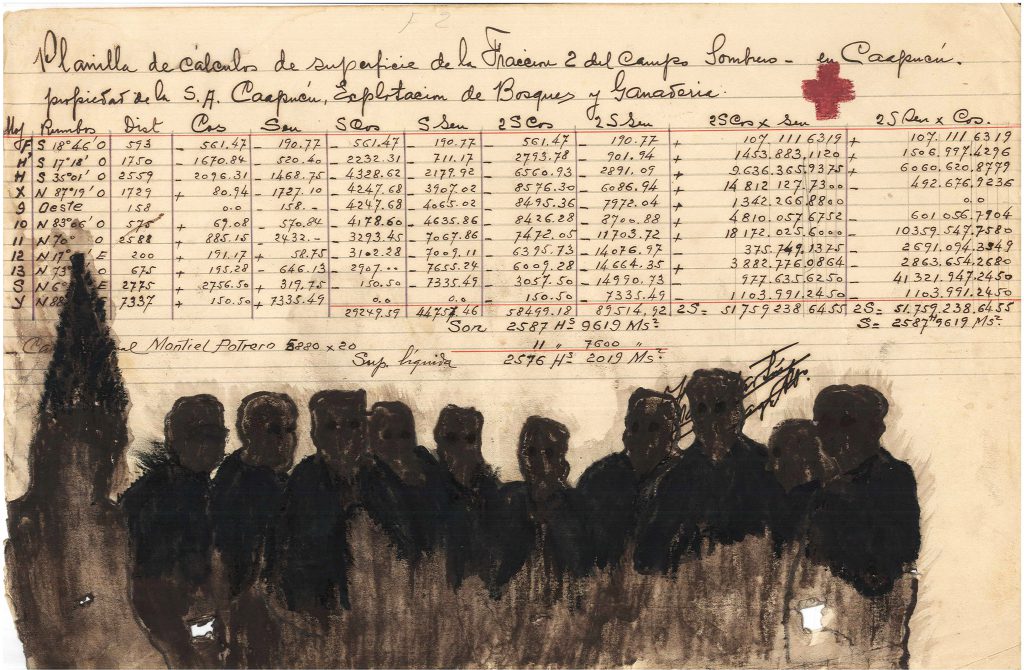 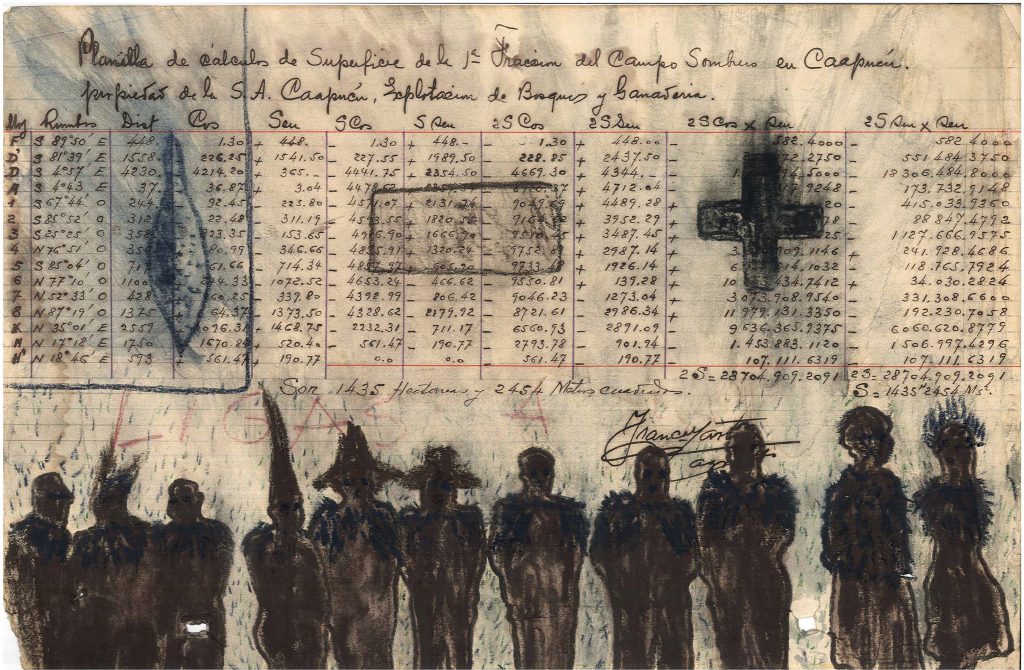 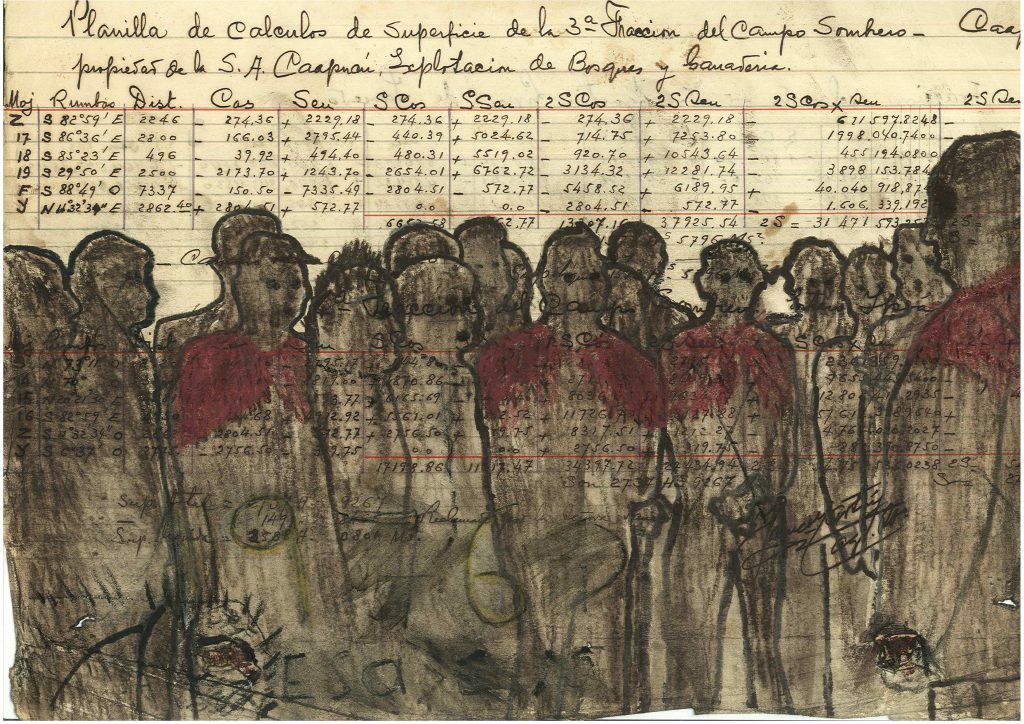 Pascua Dolorosa is a series of drawings made on old worksheets documenting land surfaces in Caapucú, a forest exploitation area where one of the most violent episodes of the repression of Stroessner’s dictatorship took place in 1976, and during which peasants accused of belonging to insurgent movements were kidnapped, tortured and many of them killed. In 2009, human bone remains were found in the Caapucú region during ground measurement work. Fredi Casco’s works reveal the tension between a cold and positivistic approach to landscape as put on record in the legal papers, the poignant use of violence as inscribed into the land, and a ghostly invocation of the power of resistance.

Working with a variety of media such as drawing, painting and photography Fredi Casco frequently incorporates original documents and archives as a medium and support of his work in order to bring to light specific episodes of Paraguayan political history, particularly events that took place during the time of Alfredo Stroessner’s long dictatorship (1954 to 1989). By using found photographs and legal papers, and incorporating visual references to indigenous cultural practices that were frequently obliterated as “collateral damage” of the geographical expansion of the Cold War into Latin American territories, his practice imbues with poetry the sordid historical narratives of his native Paraguay, making the significance of the work atemporal and extensive to other regions in the continent that share a comparable political history.