Leung Chi Wo and Wong Sara
Photojournalist With Two Cameras 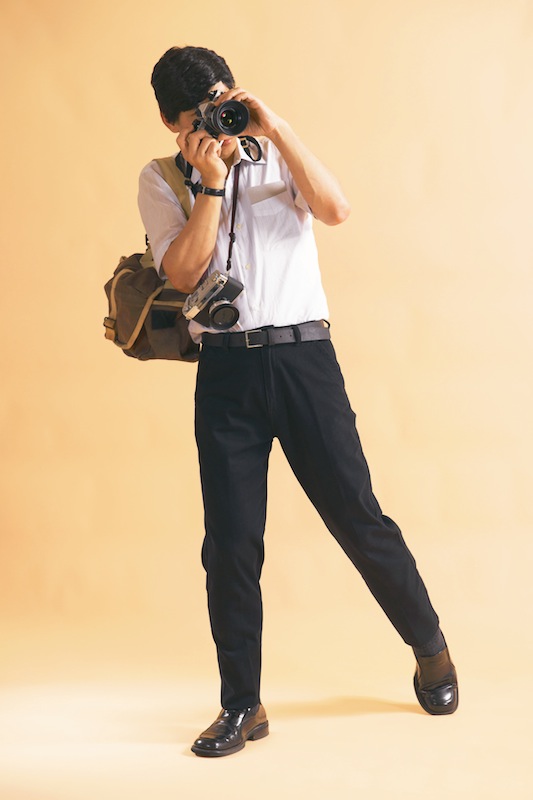 Photojournalist with Two Cameras restages a portrait of a photojournalist from the background of an old photograph of protest published in South China Morning Post on January 10, 2010 under the headline “Return of the Radicals: Recent angry protests are nothing new.” The photojournalist in the photograph, probably from a protest of earlier decades, was capturing the scene of a protester’s arrest while wearing two cameras. January of 2010 was a time of pro-Democracy demonstrators called for the release of activist Liu Xiaobo, drafter of the Charter 08 manifesto calling for the end of authoritarian rule, was sentenced to 11 years in prison one month earlier. Leung’s isolating and highlighting of the photographer by bringing him from the original photograph’s background to the foreground of his studio shot calls attention to the two older cameras and the journalist’s retro-style clothing. This focus brings forth the multiplicity of gazes present in photojournalism and its implications for free speech and freedom of press across the geopolitical history of Hong Kong.

Leung Chi Wo tends to highlight in his art the boundaries between viewing and voyeurism, real and fictional, and art and the everyday. Leung is generally concerned with aspects of photography that are not strictly visual and often considers the local population and sites in his photographic installations to reflect a deeper critical engagement with globalization and global consumerism. Working often with pinhole photography and mixed media while exploring cityscapes, Leung focuses on the emotional expressions of the urban man through figural portraiture. Specifically, his photography captures the identity and politics of Hong Kong after its return to China in relation to his photographed subjects.
Biography
Leung Chi Wo and Wong Sara
Born 1968
Related