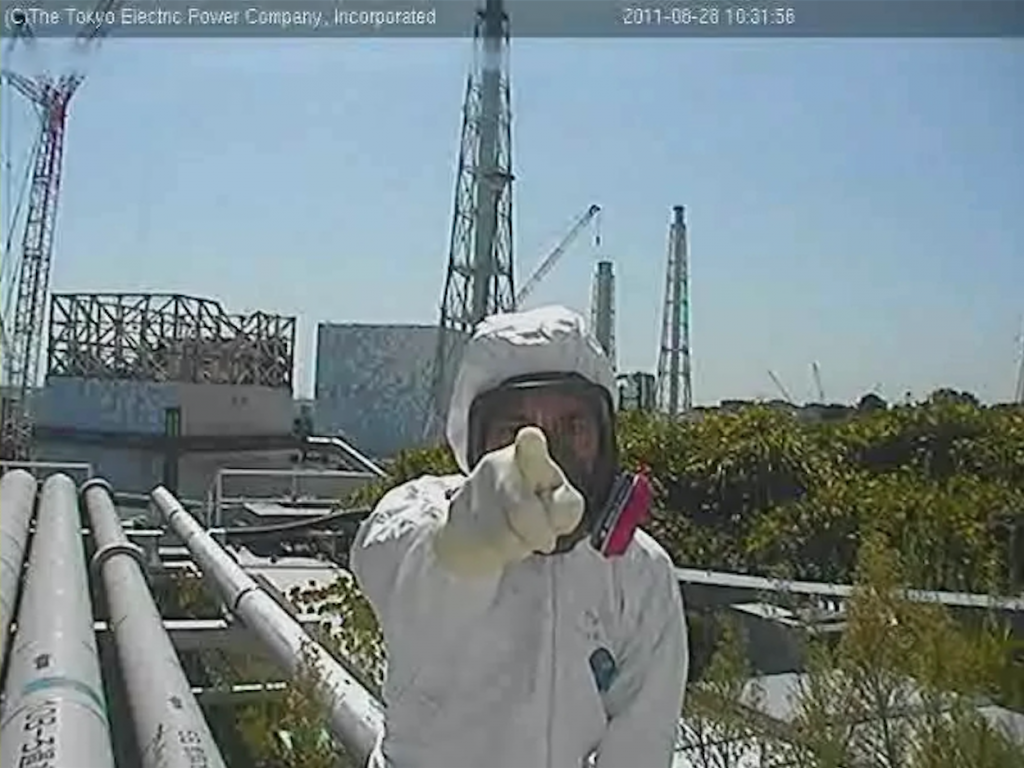 During Summer 2011, few months after the nuclear accident, performance artist Kota Takeuchi got a job at the Fukushima Daiichi plant and kept a blog about the labour conditions of clean-up workers. In 2012, he exhibited an ‘anonymous’ video taken from the 24-hour live feed on TEPCO’s website that monitored the clean-up activities. The video, which then went viral in Japan and became known as the “Finger Pointing Worker”, captured someone in a protective suit, entering the frame and pointing his finger at the video surveillance installed by TEPCO on the nuclear plant site. He remained there for nearly 20 minutes, in a public act of defiance and accusation. Almost the same duration than Vito Acconci in his piece “Centers” (1971), a reference assumed by this “Finger Pointing Worker” as he said that his action was a kind of homage to Vito Acconci piece.

"Finger Pointing Worker" is a man who pointed at the public live camera in Fukushima nuclear power station after the disaster in 2011. Kota Takeuchi is the agent of him.

Kota Takeuchi has always been interested in the way visual imagery in the public domain can sway the common consciousness. Takeuchi graduated from the Tokyo University of the Arts in 2008, and has since participated in shows at two venues known for high-quality shows by young artists: BANKART studio NYK in Yokohama and 3331 Arts Chiyoda in Tokyo.