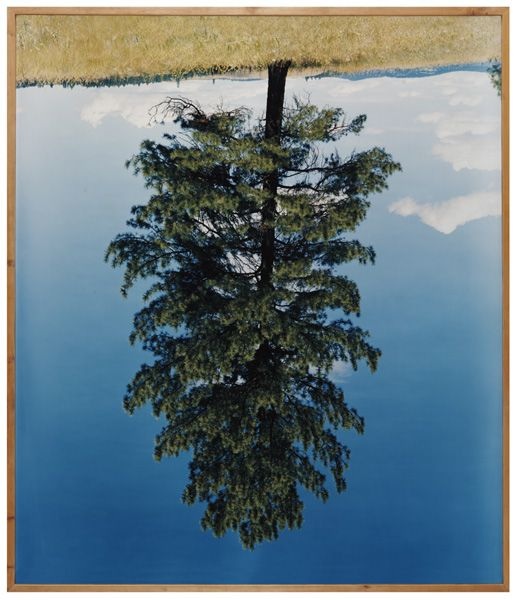 Ponderosa Pine IV belongs to a series of large-scale photographs of trees taken by Graham and depicts a particular species that live in Northern California. The photograph is framed upside down; these “inverted trees” follow Graham’s early experiments with the camera lucida, a room-sized pinhole camera that dates back to ancient times and which he has used to photograph trees from various regions. Through these works Graham looks back at the history of photography while making the viewers aware of their own retinal experience. In the case of the Ponderosa Pine series, the artist’s use of a pinewood frame gives the elephantine inverted tree both a physical presence and a rather morbid veil.