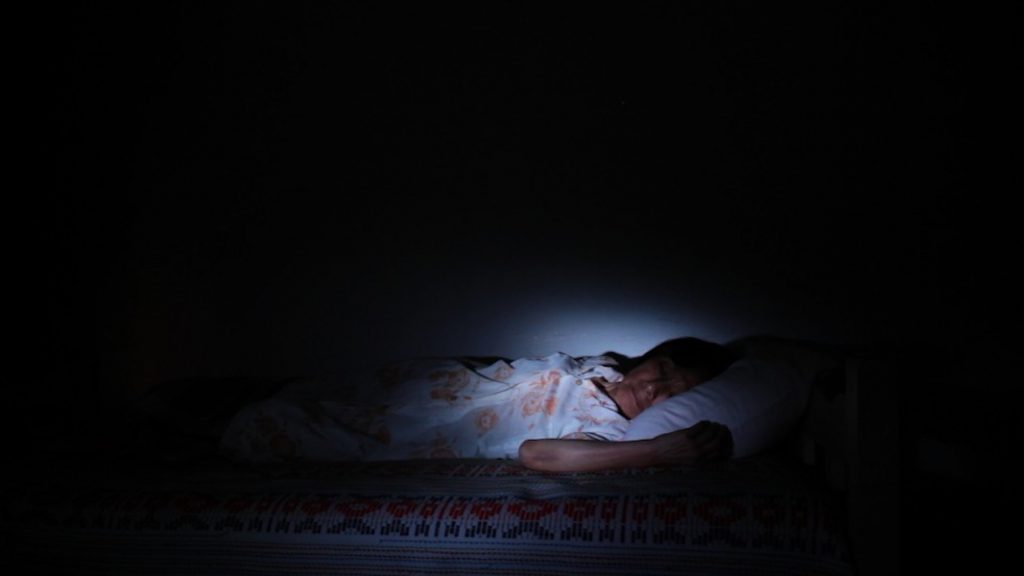 n the opening scene of the video Power (La Fuerza) we see a mature woman asleep in a dark room. Prada slowly becomes visible as she crawls into the bed and affectionately positioning her body next to the sleeping figure. Prada then proceeds to undress the woman’s chest and ‘feed’ from her breast. The surreal, dream-like quality of the scene brings to mind Freudian Psychoanalysis and its conception of maternal relations: an Oedipal complex of sorts. Prada accordingly inserts her body as a Peruvian woman into a discourse that has historically and in present-day invisibilized non-Western subjectivities—asserting her connection with her mother as a source of nourishment and strength.

This is not the first time Amapola Prada has featured her parents in order to explore aspects of the body and the familial. In her own words: “The work of resolving previous generations is concentrated in my body. Through my parents, I connect with these generations, and with them, I intend to traverse conflict. When I move, they move; when they move, I move; when we ourselves move, we also move the preceding generations, and the next.”

Power, alongside the works Unit/y, and Movement, forms part of the video triptych Revolution, where Prada investigates ideas commonly associated with the concept of ‘revolution.’ Contrasting the connotations these words carry with archetypal and symbolic situations, Prada proposes a revolution that departs from the body, advocating for “the acceptance of ourselves and our circumstances past and present, without pretenses or glories.”

As the daughter of an actor, Amapola Prada recalls frequently attending the theater as a child and noticing that she never saw herself (her body or reality) represented. On the same vein, during her studies in the field of Social Psychology at university, she noticed the lack of inclusion of non-Western subjectivities—mestizos, Indigenous, migrants among them—and their bodies across all the texts and theories she encountered.

Correspondingly, Prada turned to the languages of performance, theater, and video—combining them with her training in Psychology—to investigate, departing from the body, the plethora of meaning that simple movements and actions can contain. Across her performance and video work, Prada proposes that our bodies have been conditioned and carry imprints of discourses that determine race, social class and gender, and predetermine us as individuals. Her actions are attempts to strip our bodies of these preconditions or at least position her own expression as an opposing force to the history of oppression and repression which defines her body and her experience of everyday life in Lima, Peru.