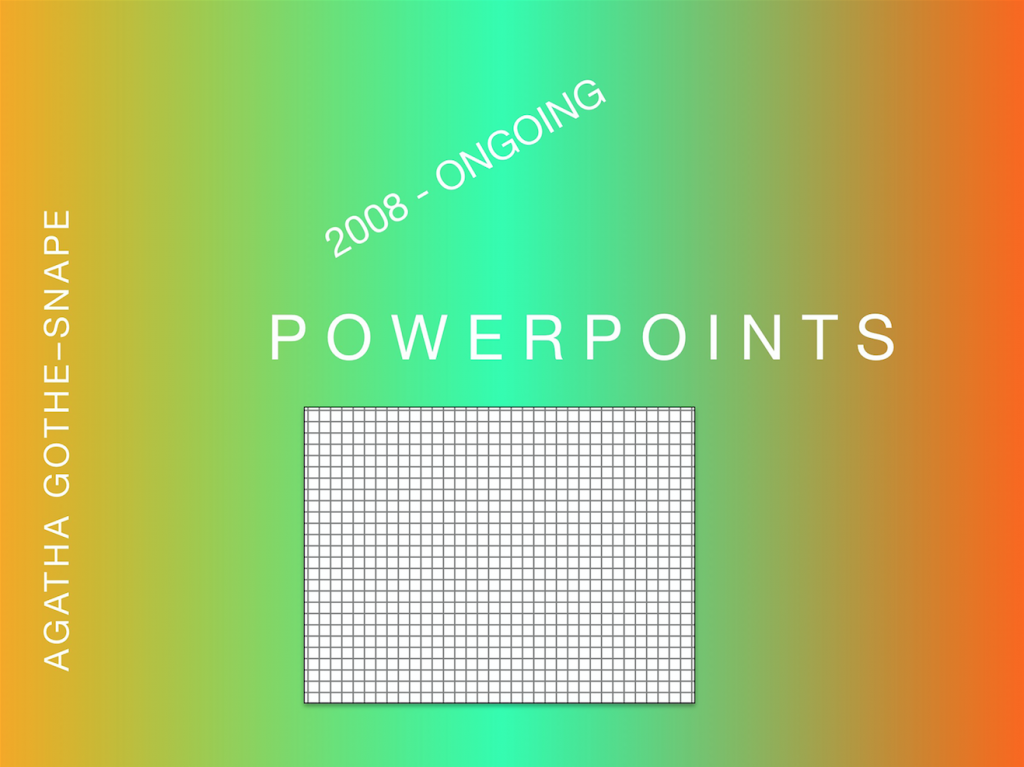 Agatha Gothe-Snape’s POWERPOINTS is an ongoing series of digital artworks that have been created with Microsoft PowerPoint. They are endless loops with sound. POWERPOINTS parallel Gothe-Snape’s broader conceptual practice stemming from improvisational performance. They draw upon and are records of interpersonal and spatio-emotional exchanges around art and art contexts. They are characterised by impulsive response, might relate directly to other artworks or form a backdrop for performance. Like much of Gothe-Snape’s work, POWERPOINTS employ colour and language emotively.

Based in improvisational performance, the meeting point between artistic process and social context is a central theme in Agatha Gothe-Snape’s work. Her work takes many forms: performances (including dance), PowerPoint slide shows, workshops, texts (including correspondence, short poetic texts and headlines both found and improvised), visual scores and collaboratively produced art objects. She has been exhibiting since 2006 and her work is held in a number of public collections.
Biography
Agatha Gothe-Snape
Born 1980, Australia
Lives in Sydney
Details
Variable dimensions
Microsoft PowerPoint files, endless loops with sound
Related