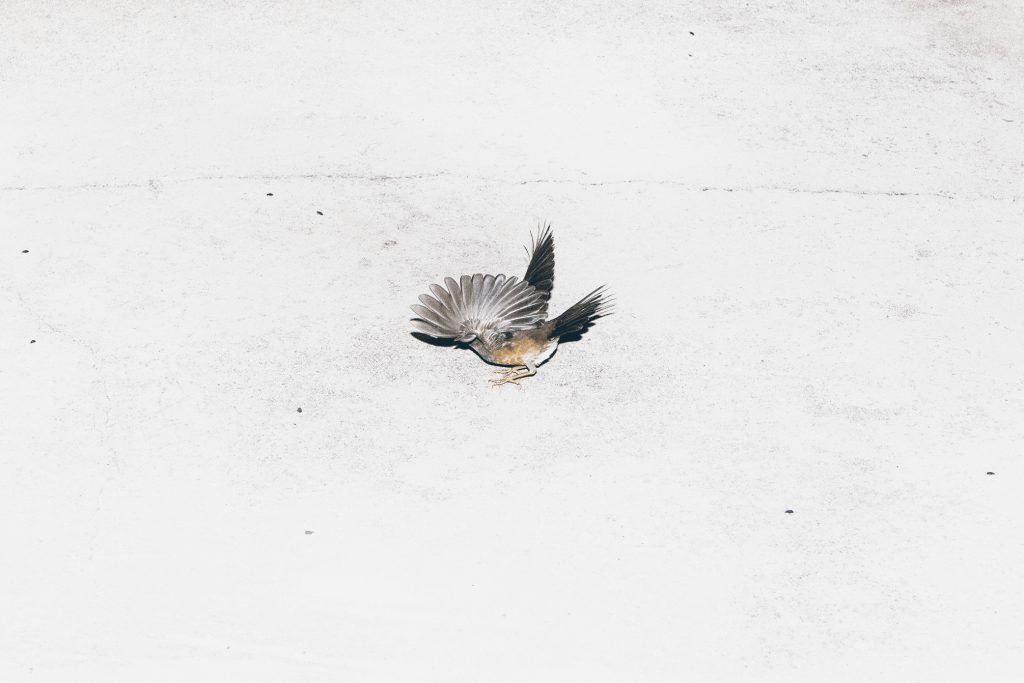 The photograph Proxy II (Beetles) belongs to a series focusing on the ecology of Christmas Island—a small volcanic outcrop in the Indian Ocean which was transferred from Singapore to Australia in 1958. Since the establishment of the first human settlements in the late 19th century, the ecosystem of Christmas Island has undergone dramatic changes. The nearly 150 years of human settlement have introduced a number of invasive species onto the island who have severely impacted a fragile ecosystem, imperiling the island’s wildlife and causing the extinction of a number of native species. As a result, extreme biocontrol strategies are currently being undertaken in an attempt to restore the island’s biodiversity. The photograph is of a beautiful bird on Christmas island, without indicating if it’s endangered or invasive. The strong white light and white background suggest a fabricated setting, away from the natural habitat of the bird, reinforcing the abnormality of the situation.

Robert Zhao Renhui’s photographic prints question fact-based presentations of conservation and highlight the manner through which documentary, journalistic, or scientific reports sensationalize nature in order to elicit viewer sympathy. Zhao portrays human as figures curious about their natural environment, which is at times mysterious and unpredictable. Through observing human behavior in front of animals rather than that of the animals themselves, Zhao’s critical lens examines various modes of what he calls a “zoological gaze,” the manner through which humans view animals and nature. His works create visual ambiguity so the viewer becomes aware of assumptions made about the way images present facts. Zhao received a Bachelor of Fine Arts in photography at Caberwell College of Arts and a Masters degree at the London College of Communication, where he graduated with distinction.
Biography
Robert Zhao Renhui
Born 1983, Singapore
Details
111 x 74 cm.
Photograph
Related