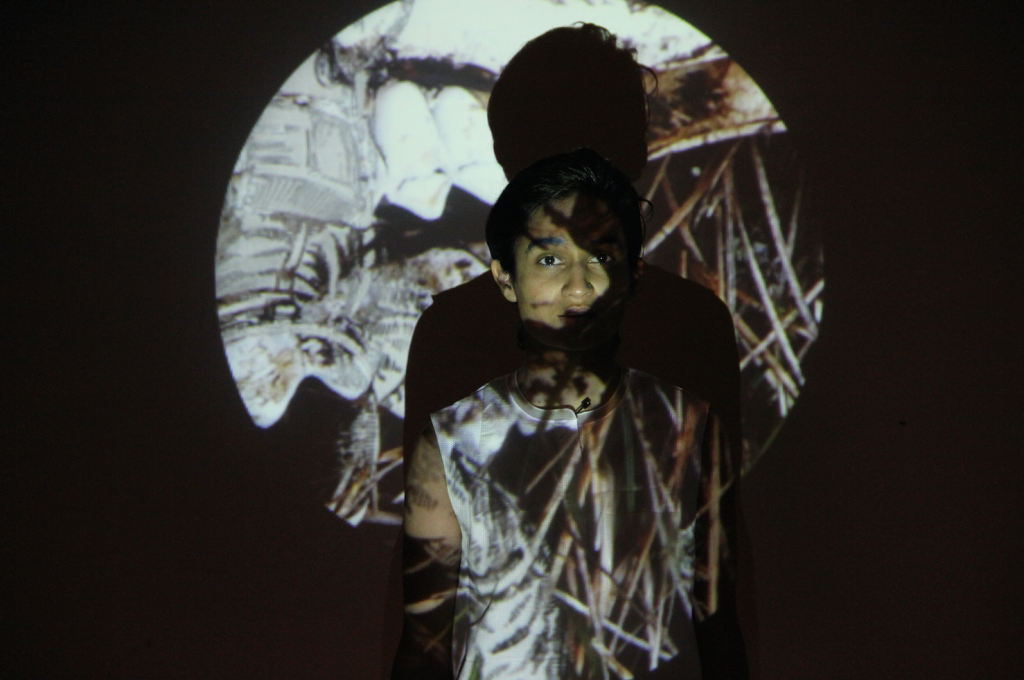 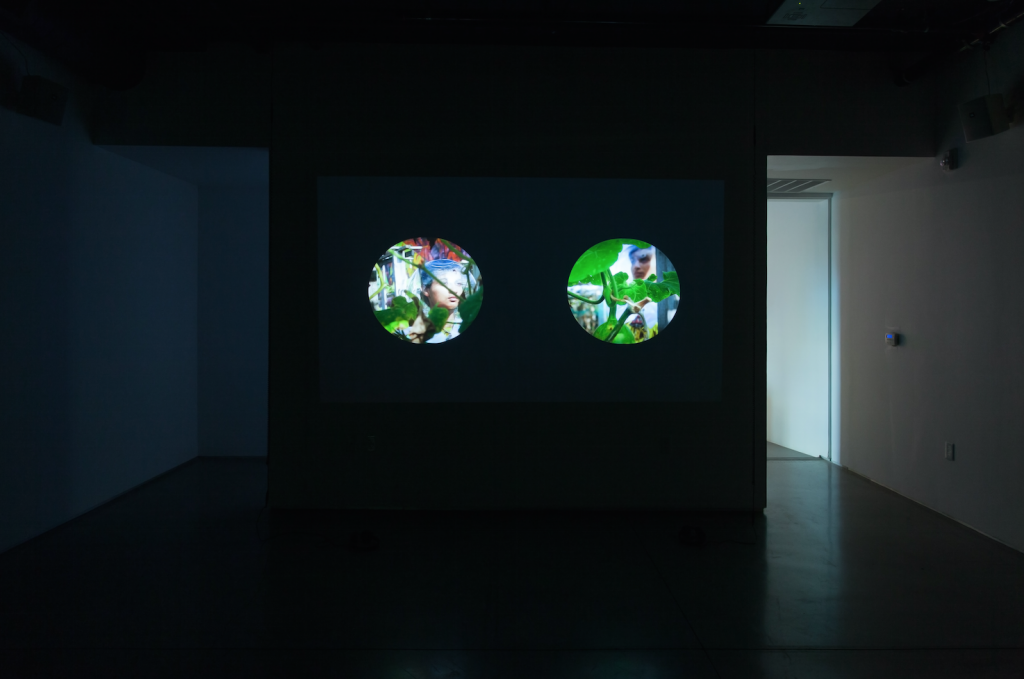 Developed especially for the KADIST-KHOJ collaborative exhibition, Frozen World of the Familiar Stranger, Radar Level is set in the world’s last geological minutes, in two ancient landscapes. One in the northern hemisphere in Mongolia at the site of the first dinosaur egg excavation and the other beneath the southern constellation of Nambia, on its old waters. Embedded within the work are a series of dualities and codes. For example, the title and duration of the work are palindromes, indicating a play and blurring between notions of past and future, forward and backward. The split projection reverses between desert and water, as one channel moves back in time, the other moves forward, until they meet and change directions. Dissolving in these images are found photographs of humans in spacesuits before the space age, gearing up for the end of life, for a distant voyage, for protection or for colonial imitation. Just as the title itself is a palindrome, here, the extinction of the past looks like the extinction of the future. The sound is a combination of dinosaur sounds and outer space vibrations, both anterior to human existence, yet only known through anthropocentric, technological re-imaginings. The text, recited by the artist, is a poetic reflection on the experience of human discovery and isolation.

Himali Singh Soin is an artist and writer whose work is inspired by poetry and planetariness. Her performances reflect on deep outer space as a place of inferences, entanglements, accelerating voids, debris, delays, irrational law, alienation and infinite mystery. She sees her work as an exploration of alien distances and earthly intimacy, exploring nativism, nationality, love across borders and cultural flight.