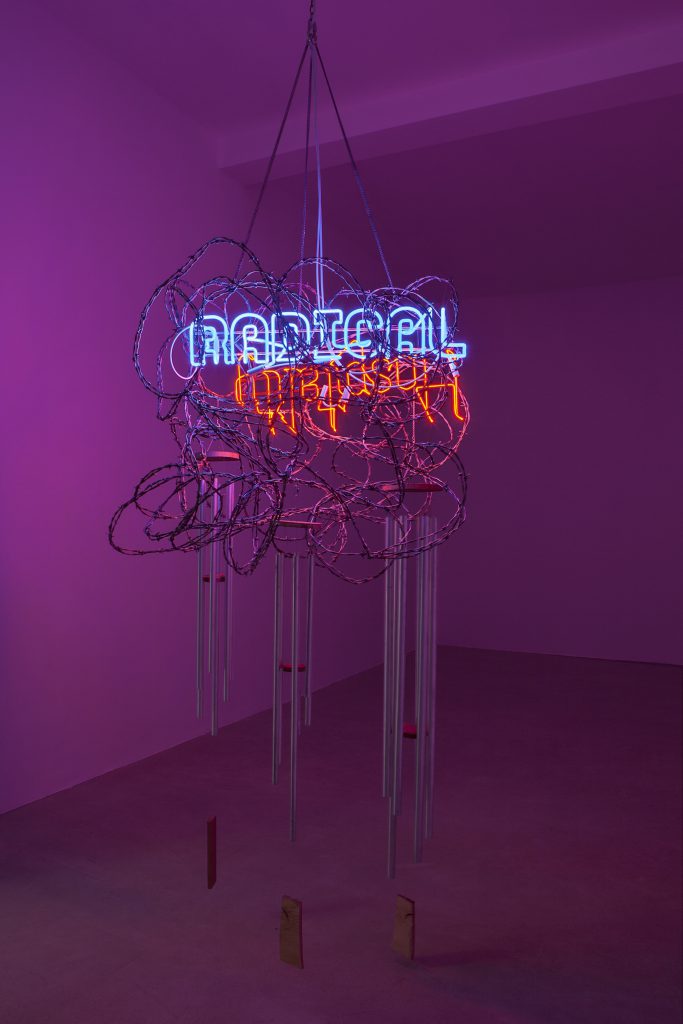 Bowers’ Radical Hospitality (2015) is a sculptural contradiction: its red and blue neon letters proclaim the words of the title, signaling openness and generosity, while the barbed wires that encircle the words give another message entirely. Meant to hang from the ceiling, Bowers’ neon is further weighed down by long wind chimes made of aluminum pipes and wooden wind catchers that drip unsteadily from their anchors. Poetic but frantic in its juxtapositions, Bowers’ work captures a certain paradoxical energy that echoes the current political climate—it is hopeful but hindered, cacophonous but well intentioned, uncertain but ominous.

Socially engaged and politically outspoken, Los Angeles-based artist Andrea Bowers builds her work around issues of social justice and advocacy. Her artistic practice often uses political protests and movements as sources of inspiration and content, as she draws isolated figures holding picket signs with delicate attention, or replicates the archive of a cause in the space of the gallery. Labor movements, women’s rights rallies, anti-war protests, and immigration demonstrations, past and present, are among the myriad moments of political action that Bowers draws upon in her works.