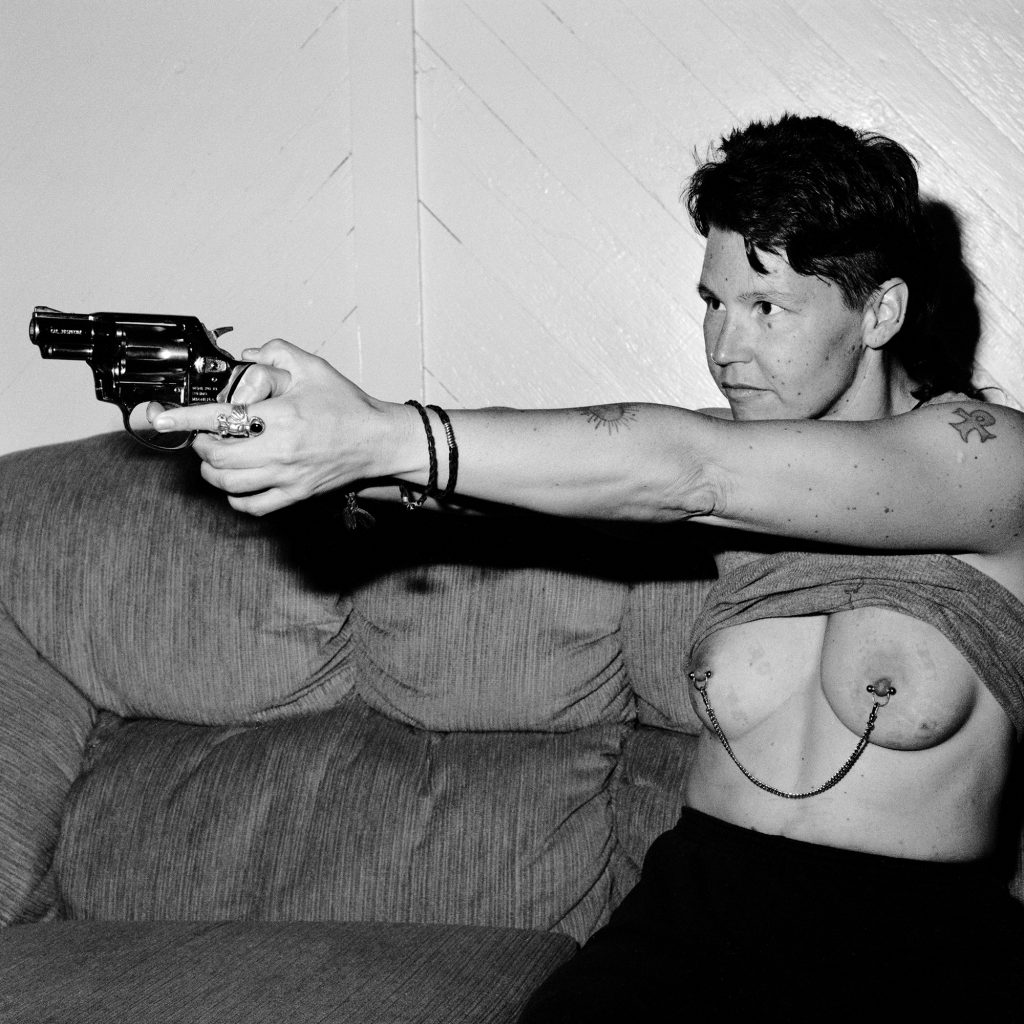 In this work, a woman sits on a couch with her shirt pulled up to expose her pierced nipples, which are connected by a chain. She wears an expression of both pleasure and intensity as she points a gun at someone or something outside of the frame. Raven (gun) (1994) is not so much threatening as full of sexuality and potential energy. Opie often photographs her friends, of whom Raven is one, and here she captures Raven in the intimate act of role playing. Instead of keeping such activities behind closed doors, Opie brings sexuality fully into view in an effort to question and widen our definition of normalcy.