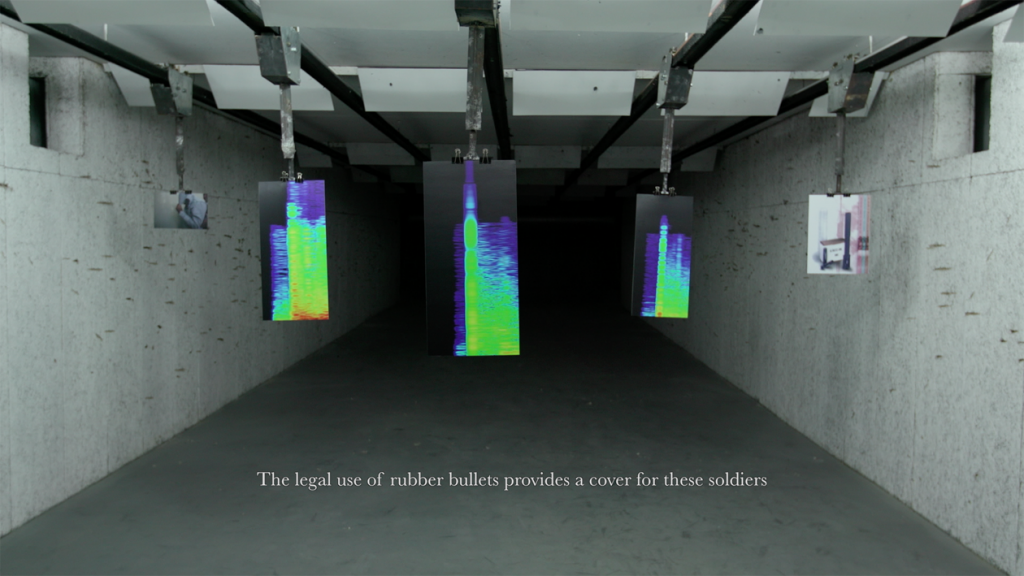 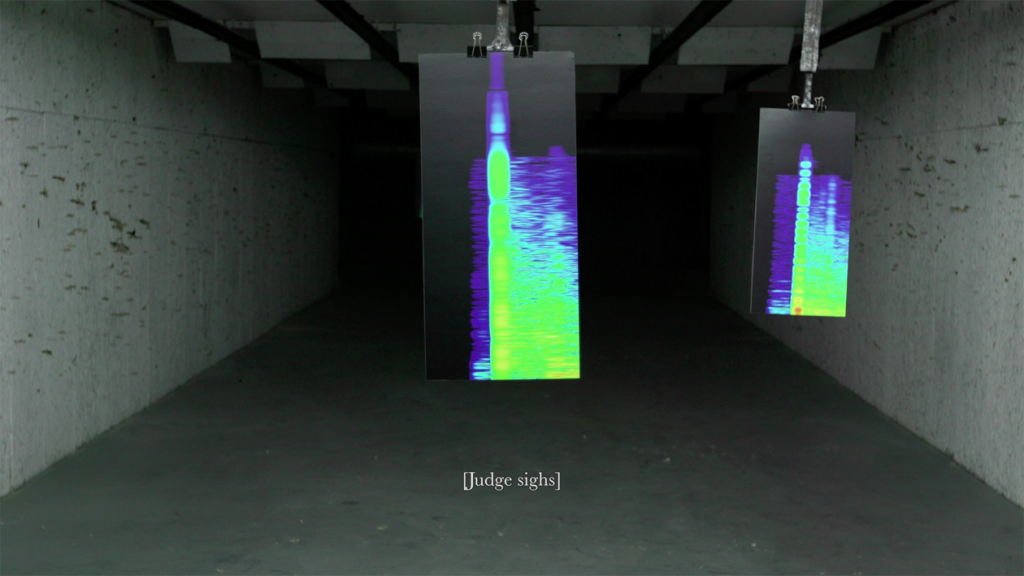 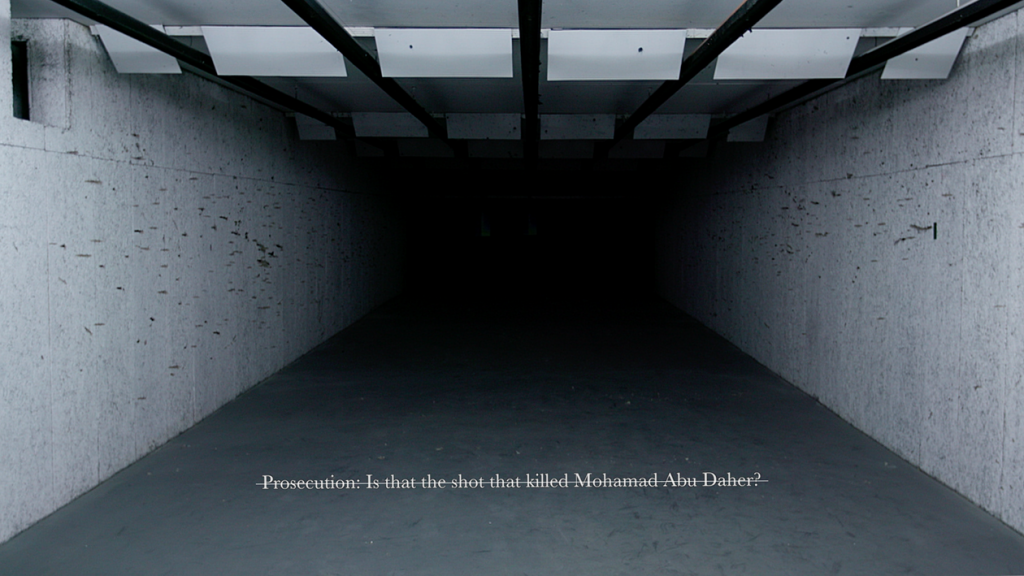 In May 2014, Israeli soldiers shot and killed two teenagers, Nadeem Nawara and Mohamad Abu Daher in occupied Palestine (West Bank). Through the Forensic Architecture program, the human rights organization Defence for Children International worked with Abu Hamdan to investigate the incident. The case hinged upon an audio-ballistic analysis of the recorded gunshots to determine whether the soldiers had used rubber bullets, as they asserted, or broken the law by firing live ammunition at the two unarmed teenagers.
A detailed acoustic analysis, for which Abu Hamdan used special techniques designed to visualize the sound frequencies, established that they had fired live rounds, and moreover had tried to disguise these fatal shots to make them sound as if they were rubber bullets. These visualizations later became the crucial piece of evidence that was picked up by the news channel CNN and other international news agencies, forcing Israel to renounce its original denial.

The video Rubber Coated Steel is the main part of the installation Earshot commissioned by Portikus. Shot in an indoor shooting range, the piece is a staged enactment of a tribunal heard. The images presented are spectrograms: visualizations of the frequency spectrum of a given signal—in this instance, of the sounds of various projectiles. The spectrograms depict the timing, pitch, and loudness of projectiles ranging from a sound grenade across a rubber bullet to live ammunition fired from an M-16 rifle. The voice over reenacts the dialogues that have happened or could have happened at the tribunal. The video does not preside over the voices of the victims but rather seeks to amplify their silence, fundamentally questioning the relationship between truth and sound and the ways in which rights are being heard today.

What are the political implication of our sounds and voices? How is it heard and used for or against us? These are questions posed by Lawrence Abu Hamdan (b. 1985, Amman, Jordan) an artist and “private ear” currently based in Berlin. His work deals with the politics of listening through audiovisual installations, performances, graphic works, photography, Islamic sermons, cassette tape compositions, essays, and lectures. The artist’s research is also used in legal and human rights contexts. The artist’s forensic audio investigations Freedom of speech itself (2012) have been submitted as evidence in the UK immigration and asylum tribunal and most recently his research leading to Rubber Coated Steel (2016), which was part of the campaign for Defense for Children International.
Biography
Lawrence Abu Hamdan
Born 1985, Jordan
Lives in Berlin
Details
21 min 49
Video
KADIST VIDEO LIBRARY
Login to watch video
Related