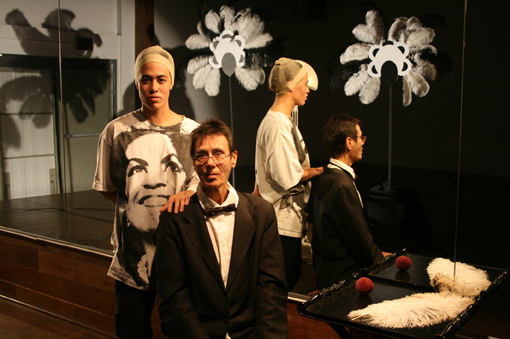 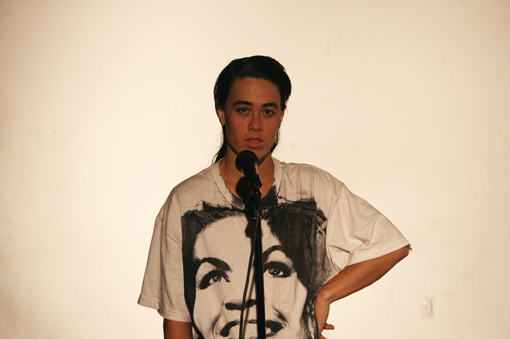 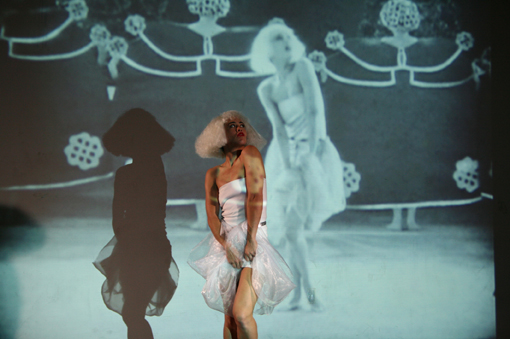 Salomania sees choreographer and filmmaker Yvonne Rainer and artist Wu Tsang rehearse scenes from Valda’s Solo, a chapter of a film Rainer made in 1972 after having seen women perform the dance of the seven veils in Alla Nazimova’s 1923 silent film Salomé.The script is based on the Biblical New Testament story of the Jewish princess Salomé, who in the Christian tradition has been depicted as an emblem of feminine seduction and danger. In the twentieth century, her character was made popular through English playwright Oscar Wilde’s famous theater piece, Salomé. Boudry and Lorenz’s video explores Salomé’s queer potential and the practice of drag performance, thus also reminding us that Nazimova herself was bisexual. Salomaniais therefore a historical reconstruction that not only recounts the history of the ballet, but also the history of how images and bodies have been imagined.

For several years now, artists Pauline Boudry and Renate Lorenz have been conducting research on the heritage of cultural and gender studies, concentrating primarily on gender discourses and the notion of queer. They are interested in historical figures who were marginalized because they incarnated a sexual “perversion” and who went on stage to seek some recognition in their time. These stigmatized characters are made visible once again by Boudry and Lorenz who revisit archives as a base for their films, installations and texts. These works demonstrate how visibility (since the beginning of the modern period) of these bodies allows for a claim to power, a certain glamour, and a form of recognition. Nevertheless it also contributes to making these bodies pathological or criminal, to devalue them. Their work ponders on the quasi-simultaneity of the invention of sexual perversions and photography as well as they link to colonial economy at the end of the 19th and the beginning of the 20th. Thus Boudry and Lorenz weave links between different epochs as if to readdress the notion of “normality”. Playing with the conventions of cross-dressing and fetishization, the exhibition of these characters is doubled up with a baroque mise en scène.
Biography
Pauline Boudry and Renate Lorenz
Germany, Switzerland
Details
17 min
Color video with sound, 13 framed documents in B/W, 13 x(16,5 x 21,5) cm
Related
General Rehearsal (Moscow), International
Pauline Boudry & Renate Lorenz, Paris