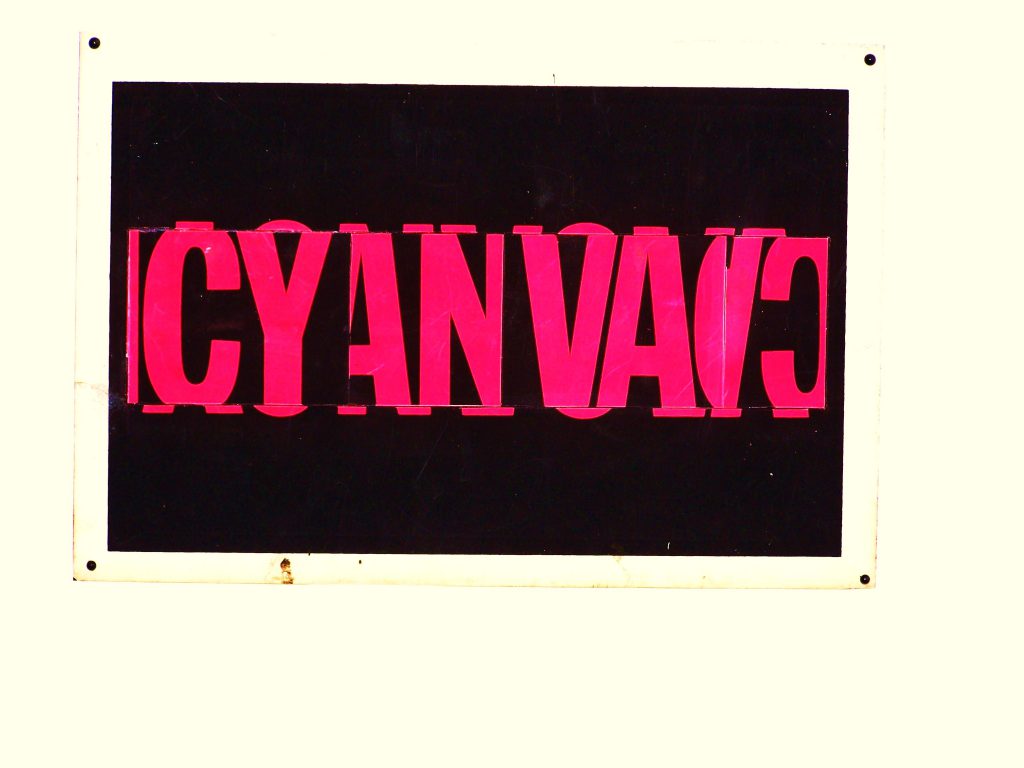 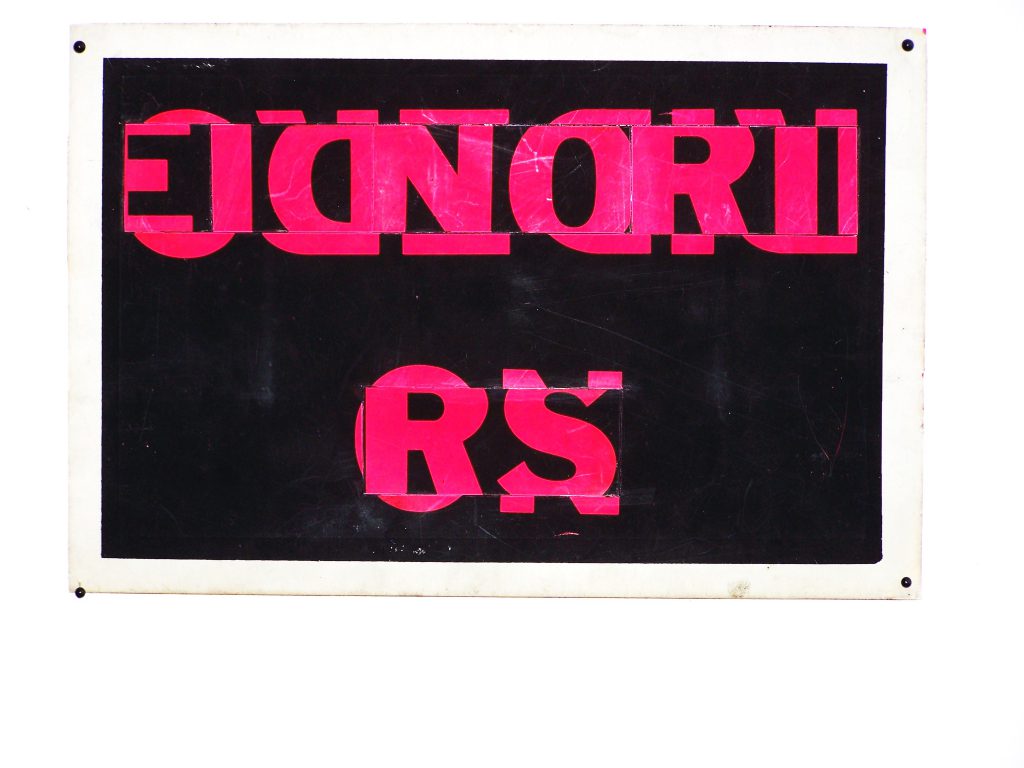 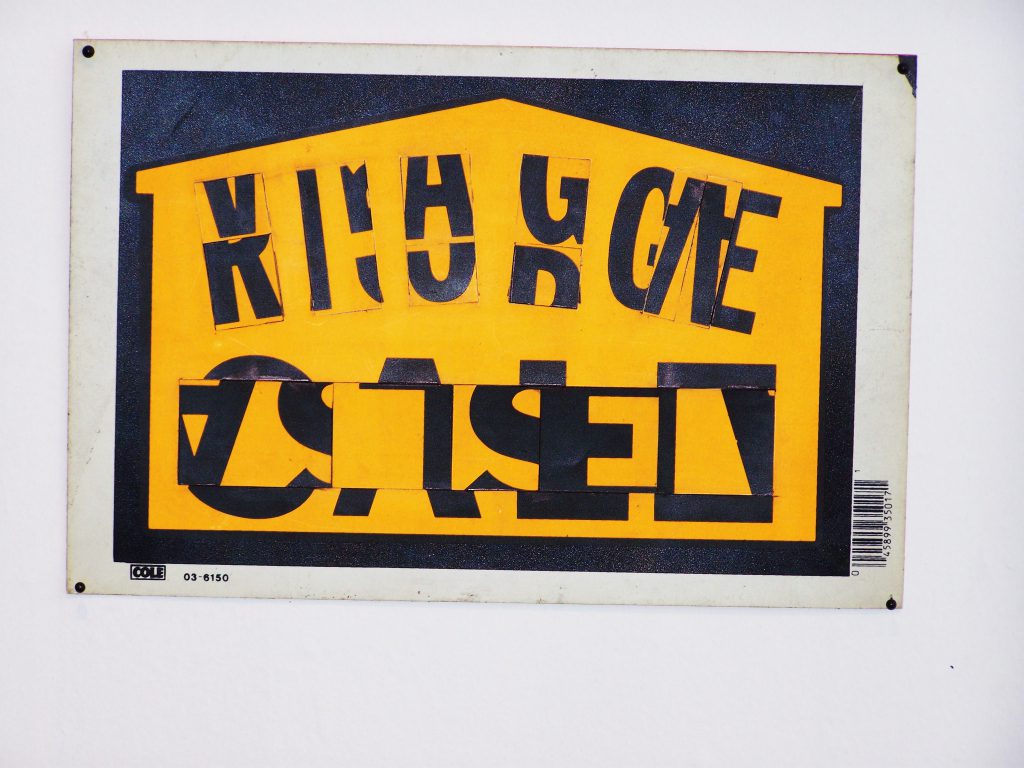 Sign #1, Sign #2, Sign #3 were included in “Found Object Assembly”, Copeland’s 2009 solo show at Jack Hanley Gallery, San Francisco. These rather austere collages were created by simply cutting and inverting the text from existing information signs. In Sign #2, for example, the original image that presumably carried the message “NO RIDERS” was placed upside down. By cutting out some of the syllables and inverting and rearranging them, the message was rendered unreadable. By maintaining the overall integrity of the signs and their most legible visual characteristics (luminescent color, bold font, size and rectangular format), Copeland’s collages obscure language in favor of a “delirious optical disorientation.”

Bjorn Copeland (along with his brother Eric) is an original member of Black Dice, an experimental/noise band associated with the thriving musical movement around the Rhode Island School of Design (RISD) in the late 1990s. Not surprisingly, Copeland’s visual practice is connected to that music scene, most obviously in his use of psychedelic designs associated with concert flyers which deploy hypnotic, almost acid-driven pop referents in a certain “op” manner. In many of his recent assemblages and collages, Copeland reuses discarded products, accumulated and found debris, as well as product packaging. As with his music, he rearranges and re-composes these preexisting structures, building complicated and intricate abstract patterns that aim to disorient and play with the viewer’s perception.