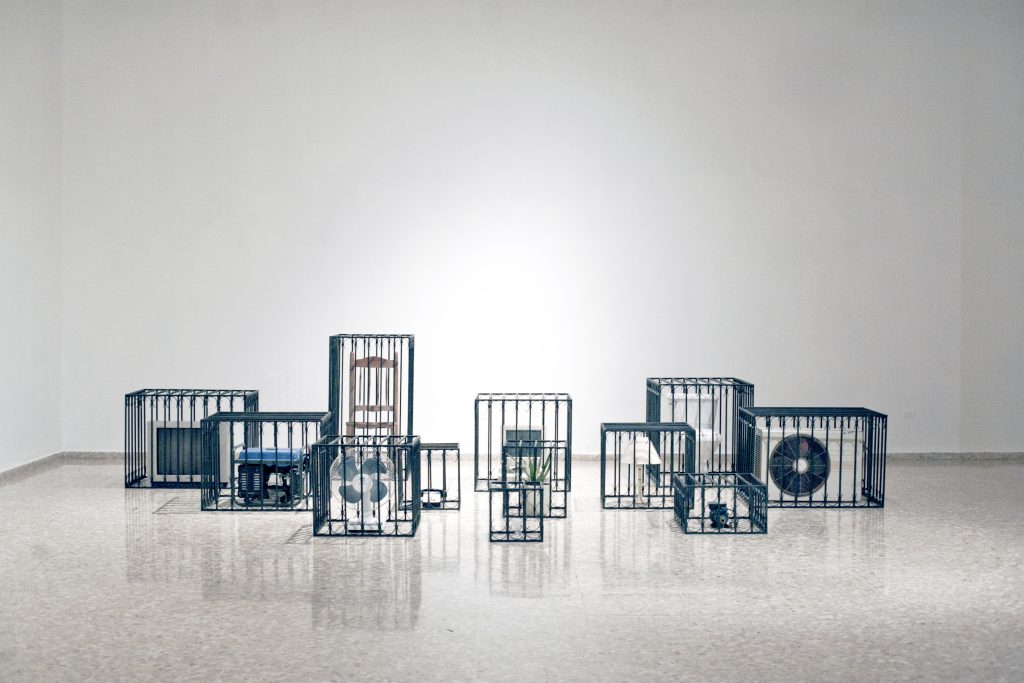 As with so many other colonized geographies, the ways in which violence has become a natural and expected component of Santo Domingo reflects the forced friendship between the beneficiaries and residues of Modernism. What distinguishes these two communities? What separates them? Bars, naturally. In this untitled work, Engel cages everyday household items in steel bars as a metaphor for this condition. Only those who have something valuable to protect can afford such restrictive barring systems, which are viewed almost as status symbols. Even when they are unnecessary, their ubiquity creates a sinister picture of success. Not only does the proliferation of these bars negate their own visibility, but it also points to a paranoid future where everything one owns becomes “embellished” as something to be seen but not used.

Working with various mediums, from sculpture to installation, site-specific interventions, and readymades, Leonardo Engel addresses issues related to the climate, nature, traditional crafts, architecture, and popular culture of the Caribbean. His works show a particular investment in objects—their gestures, and their creation and production processes—as well as to the psychological and sociological discourses implicit within them. Engel carries out continual processes of research and observation of his environment. From the city of Santo Domingo, where he lives and works, to the peripheral urban centers and remote rural communities of the island, which he has visited on multiple occasions, his artistic production and daily experience are closely linked.