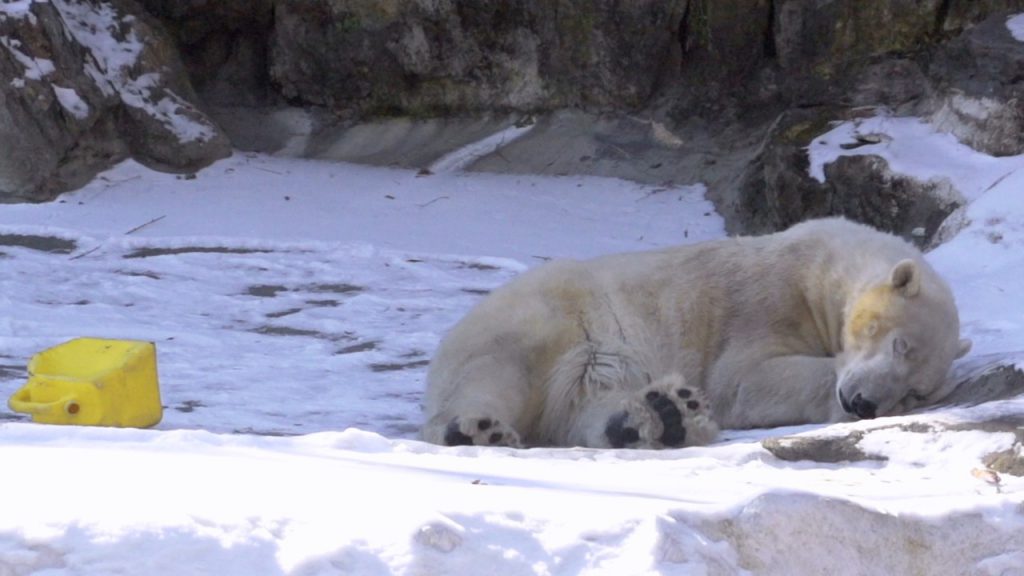 In the 2013 video work, Sitting Feeding Sleeping, Rose combines footage taken of zoo animals living in captivity with screen images that flicker and flash before us. In the narration, Rose talks about forms of life that are suspended and simulated—artificial intelligence and cryogenically frozen bodies, zoo animals and counterfeit ecologies. Through this montage of different types of footage and text, Rose poses us between the natural and the artificial, and speaks to the very strange moment of life in a world that is seemingly caught between the two, existing in a hybrid (though not necessarily symbiotic) moment of radical change.

For artist Rachel Rose, the current moment is one of shifting terrain: as technology advances, the world changes beneath and around us, leaving us struggling to keep up. Rose is interested in the rapidly changing conditions we live in, and the ways that language, technology, and images mediate the out-of-sync realities of our organic lives. Trained as a painter, Rose now works in several media, with film being her primary outlet. Her film works are remarkable for their fusion of images and sound, her dense filmic tapestries reflecting the deep, multivalent explorations that drive her.