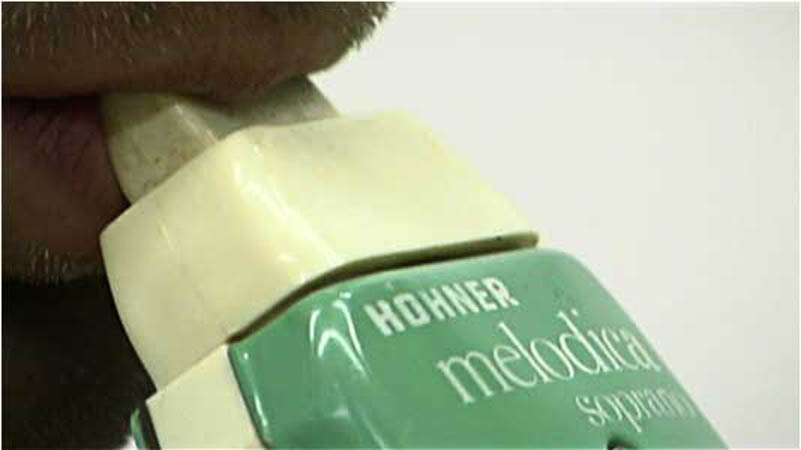 Solo (2003) is a video exhibited as a video/sound installation depicting shots of drum, voice, guitar, clavier/synthesizer, and a melodica player cut into segmented fragments from the perspective of a studio recording set. Rather than deploying a narrative strategy, Grandmaison focuses on the gestures of the musicians and the repetitions they carry out when recording their individual tracks. The musicians are portrayed nodding, dancing, improvising, strumming, creating resonance that is repeated over and over– however, Grandmaison is sure not to document their entire faces or expressions while they perform, just details. Similar to that of a “jam,” close attention is granted to the exertion of the camera and how it portrays the framing of sequences. What one can pick up from the segments, especially those of voice recording, is a modified reworking of Anne Clark’s 1980’s track “Sleeper in the Metropolis.”