Camel Collective
Something Other Than What You Are 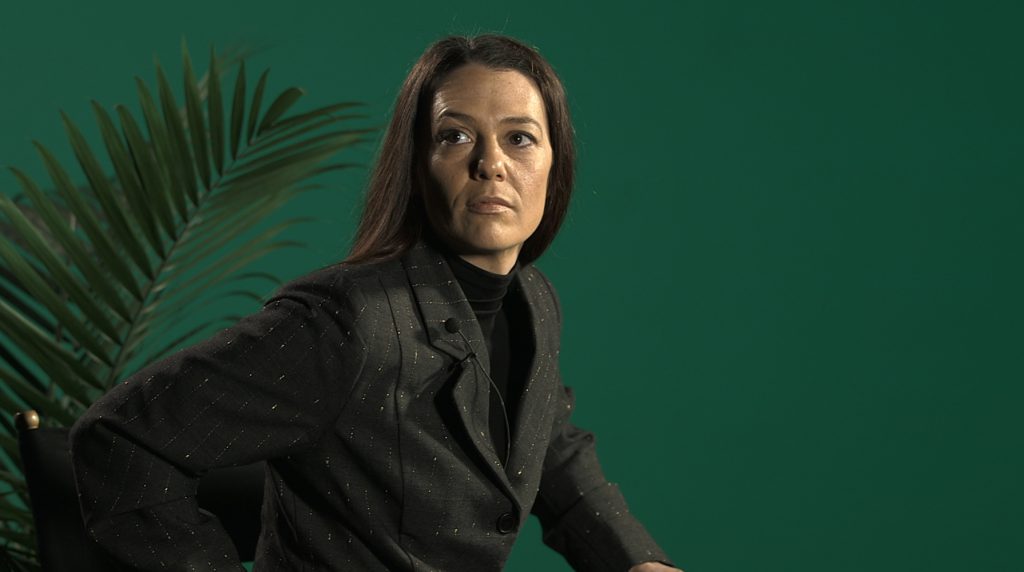 Something Other Than What You Are is formed by two works: a multi-channel video installation with controlled lighting, and a single channel version with stereo sound. In both works, the 36-minute video depicts a narrative taking place outside a live theater performance in the form of monologues that moves between the production and technical crew. There is a set of three different characters— a lighting technician, a lighting designer, and a professor all played by the same actress who share in their personal experiences and attitudes the precariousness of their work, the problems and myths of collaboration, and the obsolescence of theatrical technology. Across the soliloquies, light becomes a subject and metaphor for the production of visibility and invisibility in the creative field of theater. Something Other Than What You Are, by Camel Collective,  was shot in REDCAT’s theater, using the theater both as a fictional setting as well as subject of study. It was presented in 2015 as part of the first solo exhibition of the group in the United States, curated by Ruth Estevez at REDCAT gallery.

Camel Collective comprises the artists Carla Herrera-Prats (Mexican, photographer and conceptual artist) and Anthony Graves (American, painter), who began working together in 2005 during a fellowship at the Whitney Independent Program. However, the origins and evolution of the collective has drastically changed over the last decade. First, it was a larger research and discursive group organized to question ideas around labor, affect, and collectivity. At the time, in the context of the Bush administration and the Iraq War, the group was primed with artists, along with a few architects, writers and curators developing their careers in political discourse and cultural opposition. Mapping a unique artistic trajectory, their agenda also interrogated the history of artist collaboration, and sought out projects to support artist’s rights and potential unionization of artists. It wasn’t until 2010 the group condensed to only Herrera-Prats and Graves, who have focused their individual practices under Camel Collective to address the problems of contemporary work and collaboration through performance, video, sculpture, and photography.