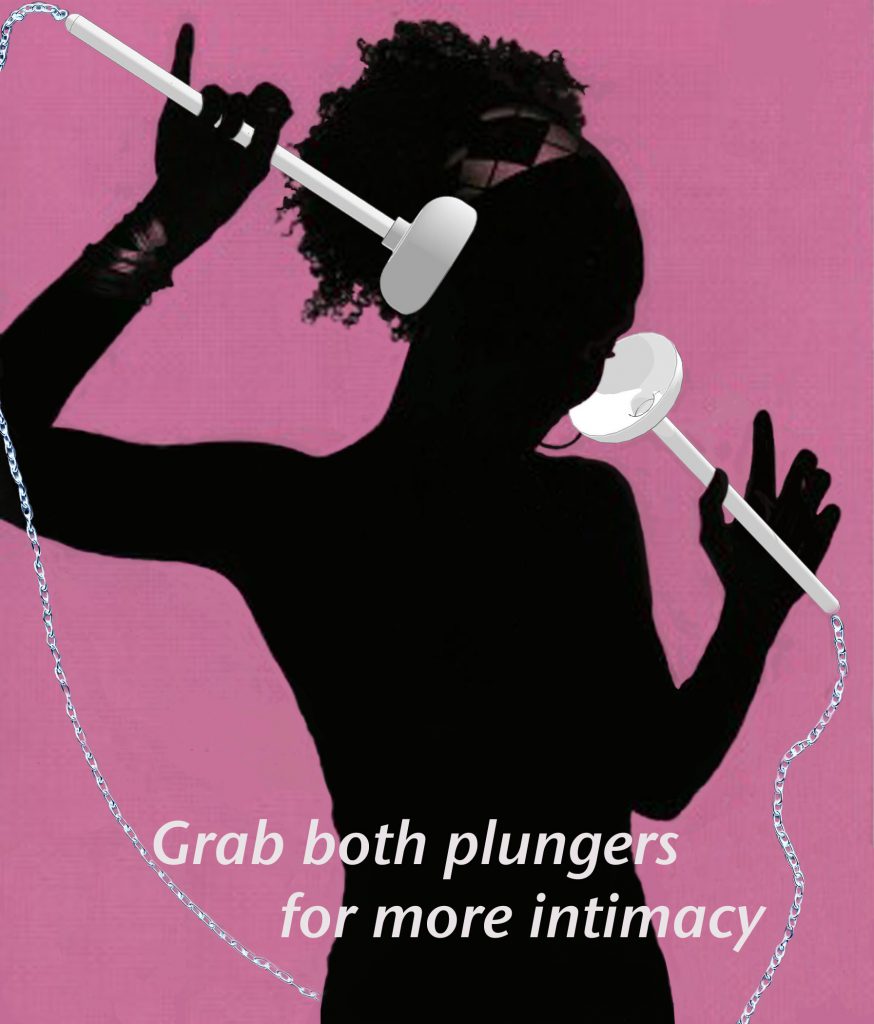 Although at first the work Sounds of War presents itself with a degree of playfulness and humour, a close inspection reveals its painful undertone. The sound installation by Laetitia Sonami is comprised by a series of toilet plungers retrofitted with speakers that audiences are encouraged to engage with. As viewers interact with the modified domestic objects, placing them over their ears, a soundtrack plays audio sourced by the artist from Youtube videos, which feature the haunting voices of women and children in several war zones (Srebrenica, Darfur, Fallujah, Gaza and Iraq). There’s an additional image accompanying the installation, featuring the darkened silhouette of a woman over a bright, hot-pink background. Emulating a popular advertising campaign where Apple introduced personal listening devices and the idea of a ‘personalised soundtrack’, Sonami highlights the unfathomable contrast between the sonic presence of bodies surrounded by either privilege or devastation and war.

Based in San Francisco, Laetitia Sonami is a French-born electronic composer, performer, sound installation artist and educator. She came to prominence in the late 70s through her pioneering work in the electronic music scene at a time where few female artists were experimenting with sound and technology. Her key early performances involved a self-designed wearable instrument called the ‘Lady’s Glove,’ which was a combination of black lycra fabric and electronic sensors that tracked the movement of her fingers, hand and arm, and transformed them into sound. In more recent installations, Sonami has focused on embedding everyday objects with kinetic and sonic personalities, applying new technology and media to her compositions, as well as combining text, music, and incorporating found sound. An important part of her sound performances is a focus on presence and engagement, often requiring interactivity from the audience. Her most recent projects include the design of a new instrument, the Spring Spyre, which is based on the use and application of neural networks.
Biography
Laetitia Sonami
Born 1957
Details
Sound installation
Related