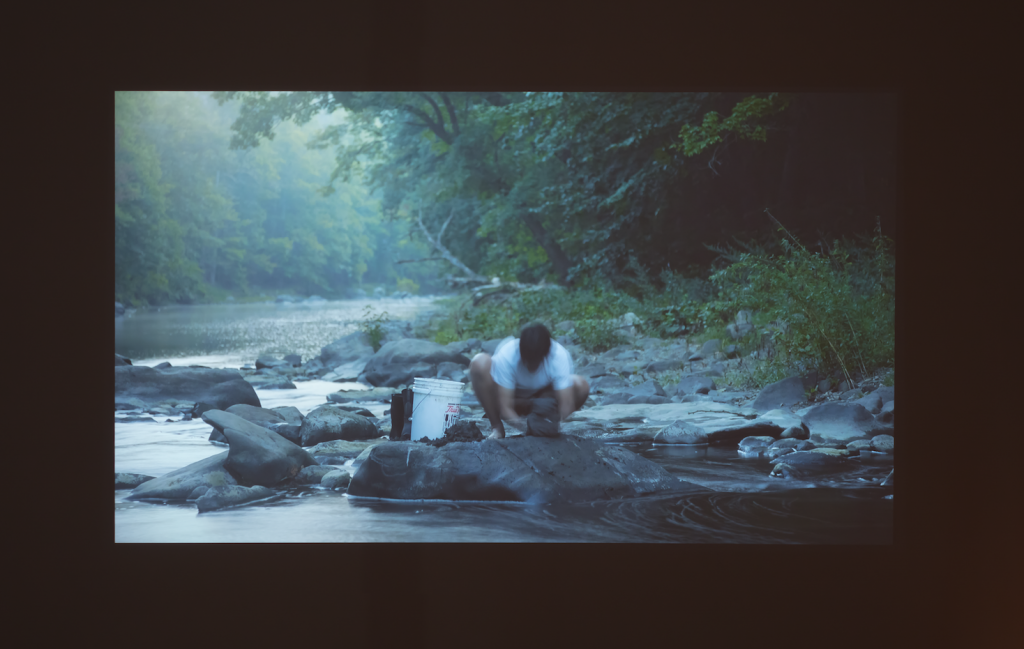 Wang Xu’s video Summer Wind Before Rain was made during his residency last summer at Storm King, where he lived in a hut made of wood and gathered clay from the nearby forest. During his residency, he interacted only with the sculpture park’s gardener. In the eleven-minute video, we see the gardener ride a lawn mower the size of a golf cart, and we observe the artist slowly make a large, realistic bust of the gardener, bit by bit and layer of clay by layer. This video is pastoral, performative, conceptual, and quite unique.