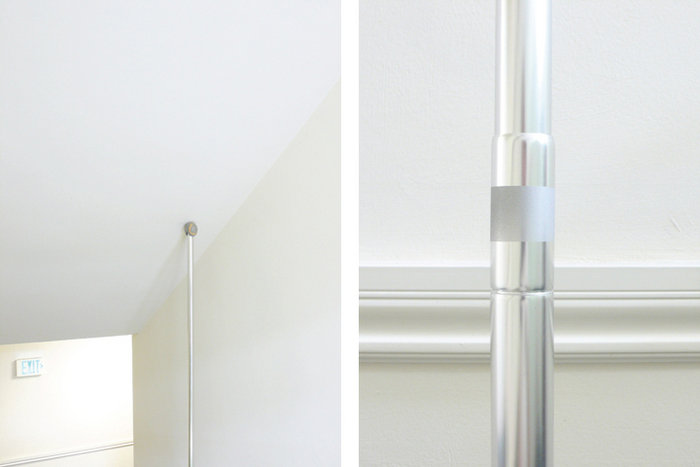 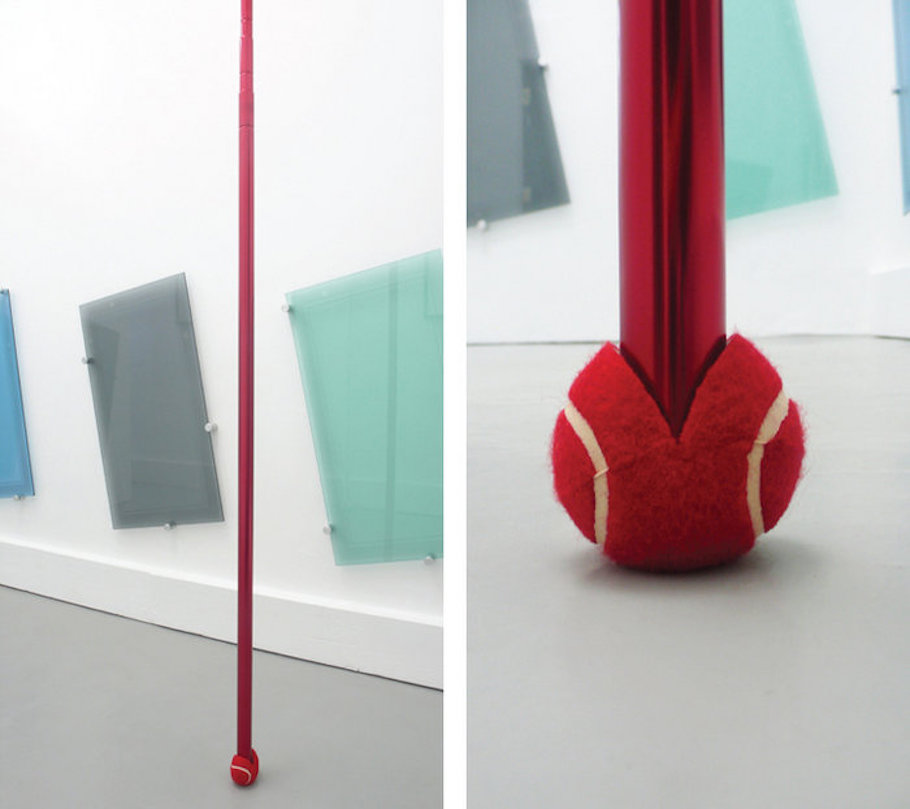 Telescopic Pole is an adjustable telescopic pole that extends vertically from floor to ceiling and is held up by its own internal pressure. The ends, protected by two, cut-open tennis balls, recall the legs of a walker. For Rantanen’s second solo exhibition at Jancar Jones Gallery, San Francisco in 2010, one pole was placed inside the gallery while the other was located outside. This visual echo both suggested reflection and called attention to the physical viewing conditions. The muffled poles seemed to connect the spaces, to hold them up and together, while the fixity of their positions was in tension with the idea of movement suggested by the allusion to a walking-aid.

Chadwick Rantanen is an emerging, Los Angeles-based artist. Unlike his previous works, which were rather influenced by arte-povera sculpture, his recent pieces are closer to the aesthetics, language, and materials of industrial design.